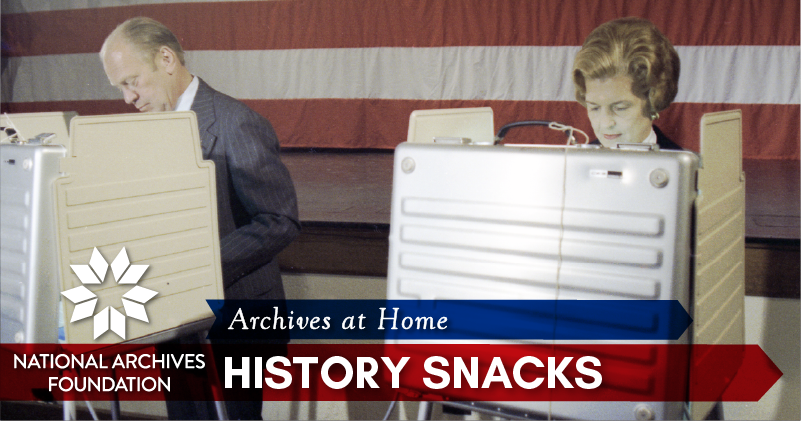 The 2020 election is less than two weeks away, and we’re marking the big moment with some stories of past elections. Have you voted for your student council at school or what’s for dinner? Then you know that the outcome of your vote matters. The outcome of each election is important to everyone for different reasons, and there are many ways to participate in our democracy to make your voice heard. So whatever it is you have to say this November, say it loud and say it proud! 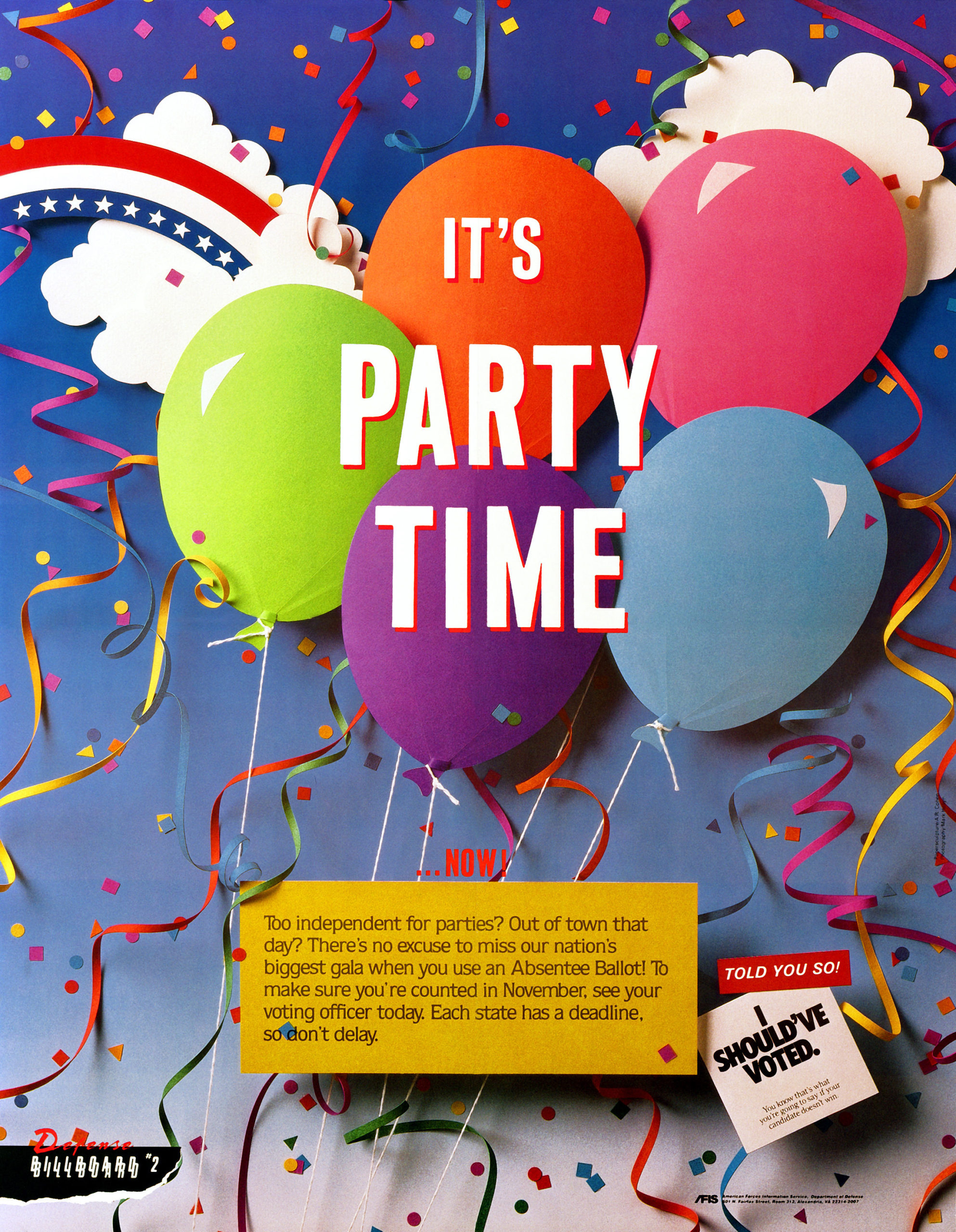 In 2000, the American Forces Information Service went the extra mile with this advertisement, which encouraged voters to request an absentee ballot if they were unable to make it to the polls on election day. We just wish there were actually balloons and confetti at the polls––but at least there are “I Voted” stickers!

It’s never too early to learn about voting and elections. In 1960, a sixth grade class in Oregon conducted an exercise in which they drew straws to see who would win the 1960 election (Nixon won by a landslide). But after the straws were drawn, the class decided to hold their own Presidential election, and young Walter J. Apley, Jr., was chosen to be campaign manager for candidate John F. Kennedy. After a nail-biting classroom campaign in which the class elected Kennedy, Apley, Jr., wrote the future president to personally deliver the good news. We’re not saying that’s what won Kennedy the actual election, but maybe that bit of twelve-year-old encouragement is just what he needed. 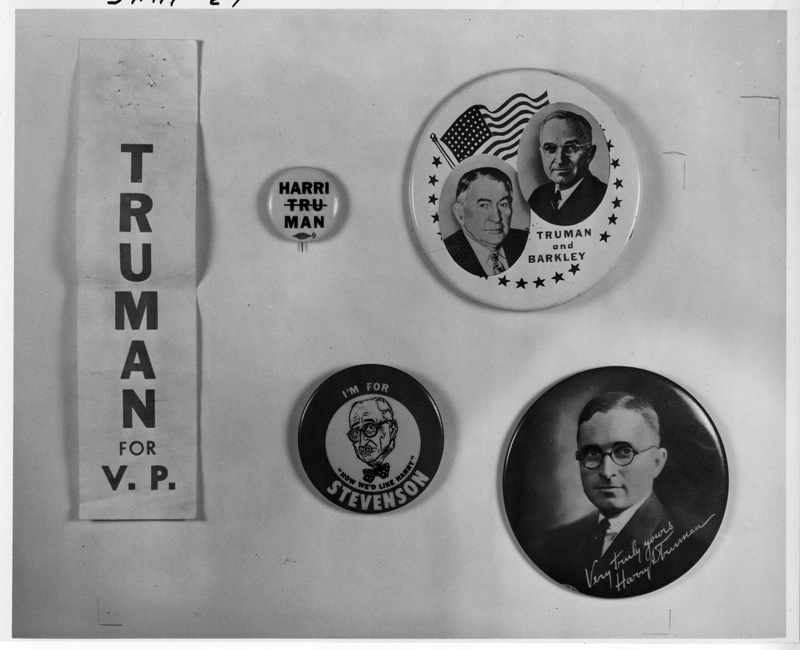 The Presidential Libraries hold campaign memorabilia from U.S. political elections that show the many ways Americans express support for their political candidates. Among these election artifacts are campaign buttons. Pick a person or a cause that you truly believe in, use these instructions to create your own campaign button and then wear your support proudly! 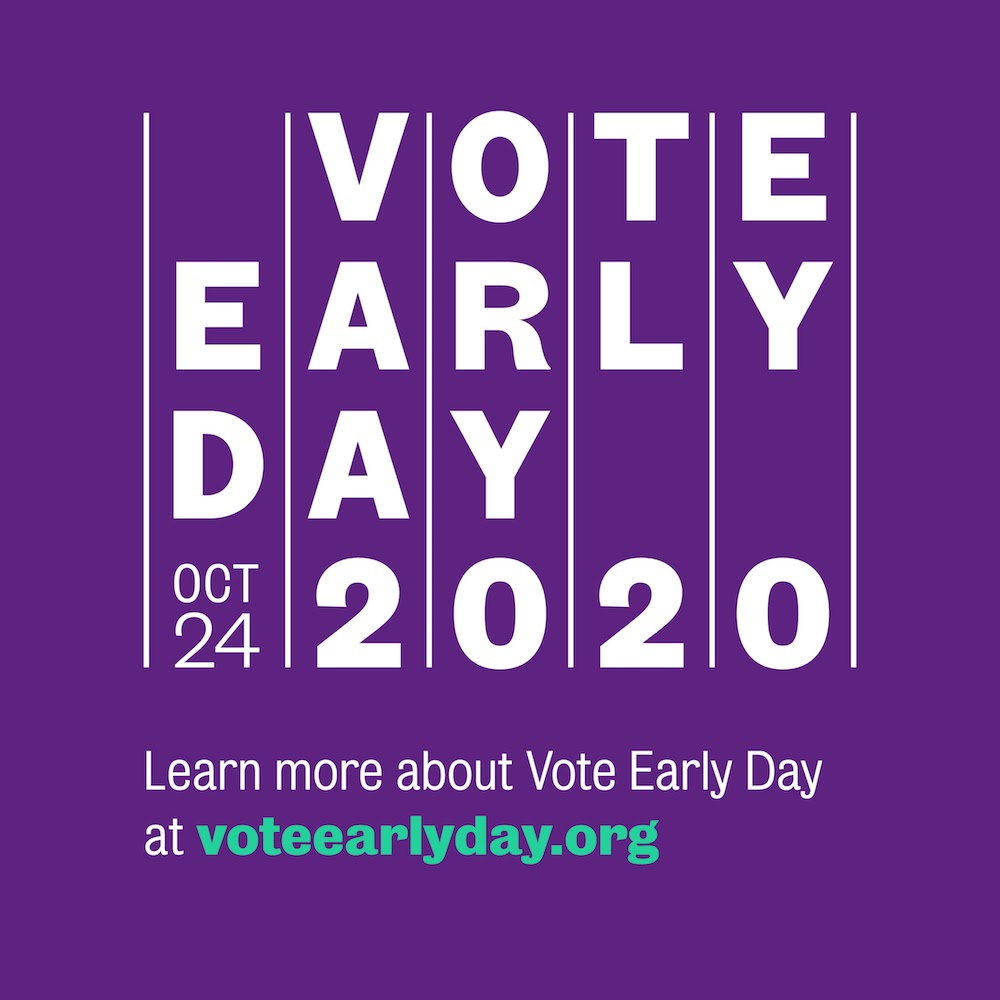 You might not be old enough to vote, but it’s never too early to start making sure your voice is heard in our democracy. Tomorrow is Vote Early Day 2020 and you can get involved by helping your older friends and family members make a plan to vote. Visit www.voteearlyday.org.

Vote Early Day is a movement of nonprofits, businesses, election administrators, and creatives working to ensure that all Americans know their options to vote early.

We want to bring our family fun to you. Click on an icon below to see content you may have missed and to learn more.