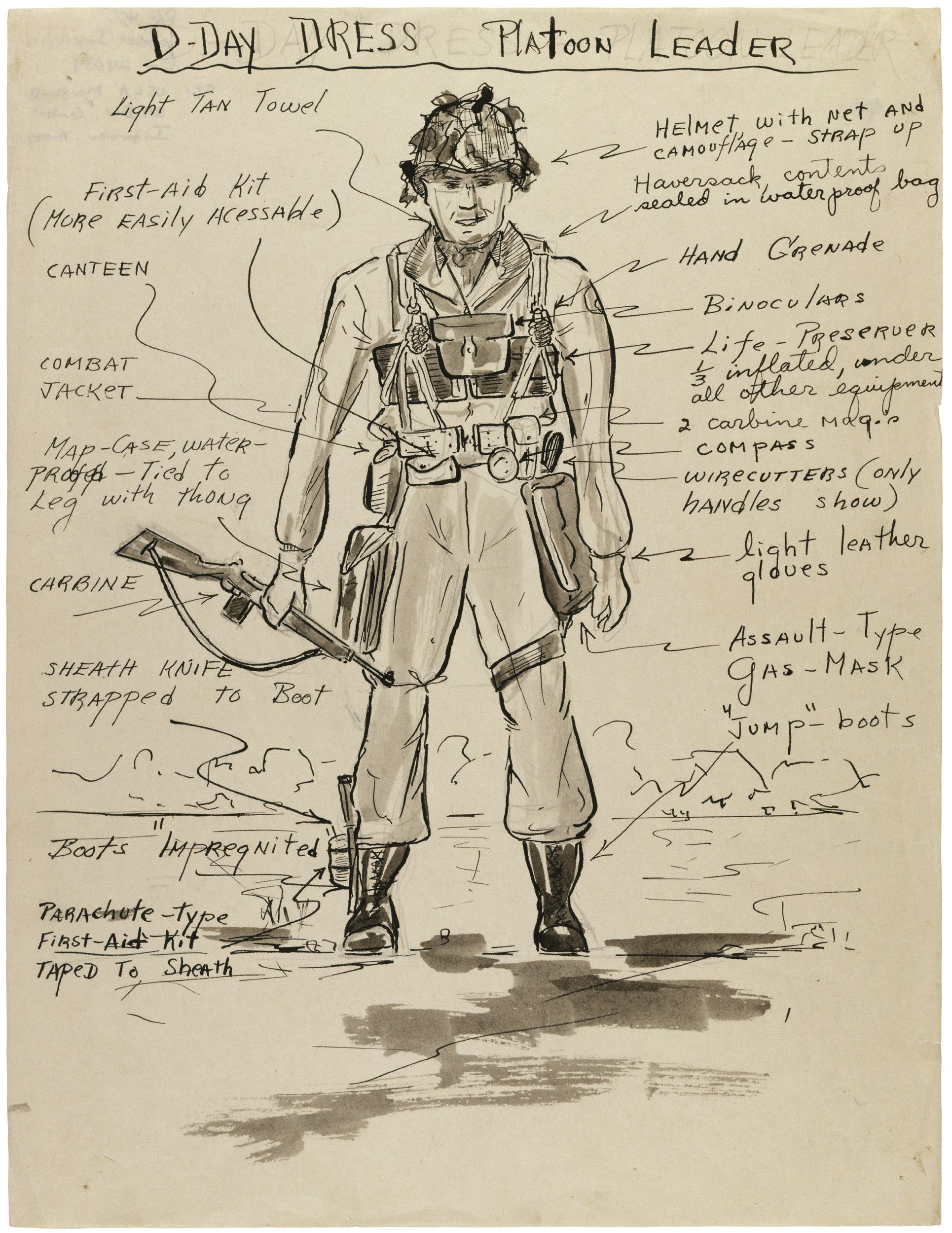 Suiting up for Land and Sea

During a famous operation in World War II called D-Day, the United States and our allies had to prepare for an attack that started at sea and ended on land. In this drawing from the National Archives holdings, you can see the specially designed outfits soldiers wore for swimming in the ocean and running on the beach. Want to learn more about D-Day? View the story of D-Day through gifs made with film from the National Archives.

What’s inside Your Lunchbox?

Lunch is our second favorite subject in school (after history, of course). But it’s not an easy feat to cook for lots of hungry students. Luckily, these 1946 recipes from the Bureau of Human Nutrition and Home Economics will feed 100 people. What do 16 eggs and 8 pounds of ham make? Enough ham loaf for the entire school. Hope you’re hungry!

And that’s when I said, “cat got your tongue?”

Moms Get It Done

Our moms have always stepped up to the plate to get important work done. During World War II, while men were fighting overseas, women took their spots on the production lines in factories to make essential supplies for the war. This marked an important milestone for women in the workforce. 💪And as a bonus, it provided us with some pretty great gifs!

When You Wish upon a Star 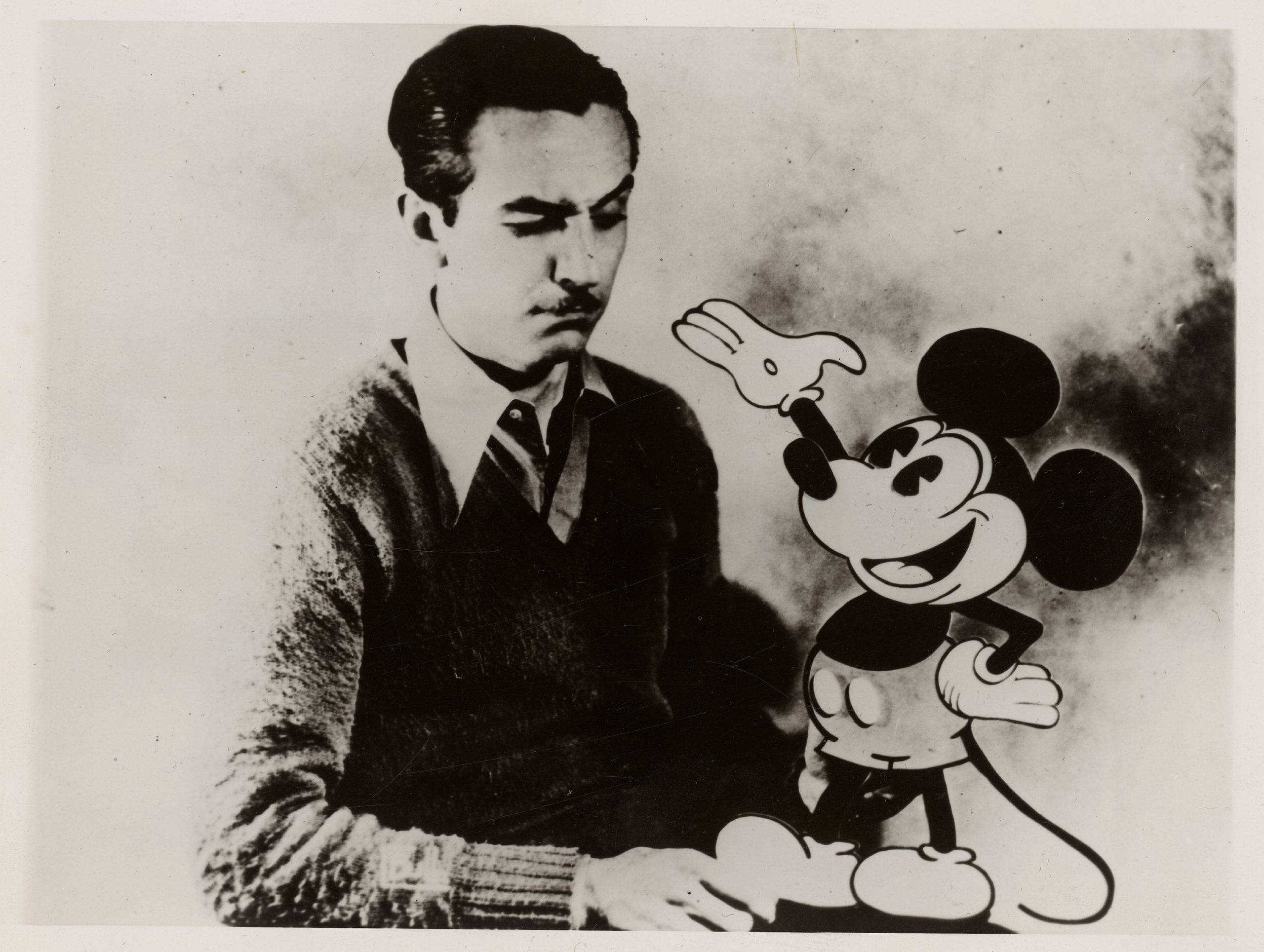 Who’s the leader of the club that’s made for you and me? That’s right, it’s Mickey Mouse and his infamous creator, Walt Disney. The Disney company has a rich history in the Archives. But it wasn’t smooth sailing in the beginning. We have the bankruptcy file for Walt’s first animation studio, Laugh-O-Gram, which folded in just one year. But the venture wasn’t a total failure. Word on the street is that a brave little mouse who used to visit Walt at that studio eventually became inspiration for Mickey himself!

You may know Smokey the Bear for his fire safety tips––he can stop, drop and roll with the best of them! But did you know that he’s also an expert in catching butterflies and making plaster casts of animal tracks? That’s right, he was quite the Boy Scout in his day. Learn all his tricks of the trade from this 1959 comic book.

In 1971, Apollo 15 became the first mission to use the Lunar Roving Vehicle (LRV). That’s right, the Apollo 15 crew drove a specially designed vehicle on the moon so they could explore more of the lunar surface. But don’t forget, there’s no speeding on the moon! This LRV drove 17 miles in three hours and two minutes.

The Apollo 15 crew had a lot of practice before they went off-roading on the moon. Astronauts Jim Irwin and Dave Scott trained in the LVR at Cinder Lake, Arizona where volcanoes erupted thousands of years ago. Cinder Lake was designed by the United States Geological Survey’s Branch of Astrogeology to simulate the cratered surface of the Moon. Practice makes perfect!

The White House Easter Egg Roll—when kids race decorated eggs to the finish line with big spoons—is a tried and true tradition dating back to 1878. But like all good traditions, it took some trial and error to nail down the process. One of the smelly errors? When Pat Nixon organized a White House egg hunt with hard-boiled eggs. The kids had a grand time, but not all the eggs were found until days later, when they started stinking up the White House lawn. What a rotten deal!

On the brightside, First Lady Pat Nixon redeemed herself when one of her staffers wore a fluffy white bunny costume to the festivities in 1969. At this moment, the White House Easter Bunny became an official tradition.

Weekends Are for Waffles

What are the grooves for in waffles? For the answer, you’d have to travel back in time to 1869 and chat with Dutch American Cornelius Swartwout, who received a patent for the first waffle iron. Thanks, Cornelius, for this glorious honeycombed griddle that’s become a staple in American homes.

While we wait for a time machine, let’s just say the grooves are to hold extra syrup and whip up a batch of waffles! Try President John F. Kennedy’s favorite waffle recipe this weekend.

Journey back in time with us as founding mother, Abigail Adams, takes us back to 1810 to read a special story, The Entertaining History of Giles Gingerbread, a Little Boy Who Lived Upon Learning.