Do you love reading, learning new things, and writing? Do you want to learn more about what it is like to do research and write stories? Join the National Archives and some of your favorite authors and illustrators for a free summer writing festival!

Join the National Archives, in person or online through YouTube, for an exciting day! Highlights include:

Virtual Breakout Session: Making Fiction from Facts
Writing the next hip hop Broadway hit based on a Founding Father? Making the next film inspired by the female math wizards at NASA? Painting a mural about the rise of the farm labor movement? How do you start?

Join Katie Munn from the National Archives and playwright Kitty Felde via webinar for this free virtual workshop, Making Fiction from Facts, without leaving your home! You’ll learn:

– where do you look for inspirational material?
– how can you access the online resources from the National Archives?
– what are the rules for using facts in your fiction?
– when to stop researching and start writing/painting/singing?

Breakout Session 1: John Hendrix
In this workshop for young people and parents, participants will have access to original historical letters and will visualize them into comics and stories. A significant portion of historical research involves letters and original correspondence. Illustrator and author John Hendrix will talk about using letters in research and their role in visual storytelling, with examples from his books Shooting at the Stars: The Christmas Truce of 1914 and John Brown, His Fight for Freedom (Abrams Books for Young Readers). Students will read through letters, and create comics and visual stories in response to these original sources by imagining what happened before and after the letters were written. Participants will be able to engage their peers in critique and conversation about strategies for visual storytelling and problem solving.

Breakout Session 2: Syl Sobel
This workshop will allow young historians to experience how authors use and interpret original documentary sources to provide explanatory texts for readers. Using the text of the foundation documents for the US government – the Constitution and the Bill of Rights – author Syl Sobel will explain how he used them to write his children’s books on US government and history. Participants then get to try it for themselves! The get to research excerpts from historical documents to find answers to specific questions, discuss the answers they found in the documents, and then the decide how they would explain these concepts to young readers before learning how the author chose to illustrate the same ideas. Participants get to explore how the Constitution and its amendments provide a framework for the government, divide its duties and responsibilities among the branches, require the branches to work together, check, and balance each other’s work, and protect important individual rights.

Breakout Session 3: Susan Campbell Bartoletti
Writers are often asked where they get their ideas. This is Susan Campbell Bartoletti’s answer: All a writer needs to do is reach down inside himself or herself and pull out a story. Indeed, stories are floating all around us. In this muse-friendly workshop, participants will practice the magic that turns readers into believers, that spins ideas into stories, that casts real people into characters, and that transforms facts – verifiable facts – into true stories. Along the way, Susan will share her research and writing process and answer these questions.

Breakout Session 4: Jacqueline Jules
Jacqueline Jules, author of Unite or Die: How Thirteen States Became a Nation and numerous other books for young people, has depicted key figures and events in American history through music, poetry, and dramatic sketch. Students will participate in a reader’s theater, sing a song about the Constitution, and discuss poetry about American heroes. Afterwards, students will have the opportunity to create individually or in groups, their own song, skit, or poem using primary source material from the National Archives.

Breakout Session 5: Tonya Bolden
In this workshop, award-winning author Tonya Bolden will share the resources from the National Archives and other institutions she drew upon in writing Capital Days, the story of a remarkable man who was born into slavery but managed to secure his freedom in his early thirties. Shiner, who worked at the Washington Navy Yard in slavery and in freedom, kept a journal in which he chronicled major and minor events in his life and that of the nation’s capital, beginning with the British invasion and burning of the capital during the War of 1812. The Library of Congress purchased Shiner’s journal in 1906. During this workshop Bolden will work with students on making sense of primary documents and allowing them lead us into greater knowledge of and questions about America’s past. 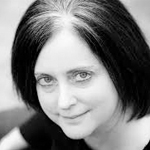 Susan Campbell Bartoletti is the author of 20 picture books, novels, and nonfiction for children and teenagers. Her books include; Newbery Honor book Hitler Youth: Growing Up in Hitler’s Shadow (2005), Sibert Medal winning Black Potatoes: The Story of the Great Irish Famine, 1845-1850 (2001), and the acclaimed The Boy Who Dared (2008). A former eighth-grade teacher, Susan teaches creative writing in the brief-residency MFA in at Spalding University in Louisville, KY. She lives in Moscow, Pennsylvania. 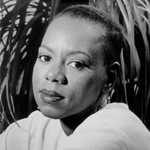 Tonya Bolden is the author of more than 20 books for young people. Some of her books include “Maritcha: A Nineteenth Century Girl” (2005), “Searching for Sarah Rector: The Richest Black Girl in America” (2014), and “M.L.K.: The Journey of a King” (2007).  Her most recent book, “How to Build a Museum: Smithsonian’s National Museum of African American History and Culture” (2016), examines the history behind the building of the latest addition to the Smithsonian Museum system. In addition to numerous other awards, Tonya was the recipient of a 2006 Coretta Scott King honor. 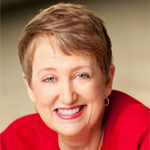 Kitty Felde is an award-winning public radio journalist, a playwright, and host and executive producer of the Book Club for Kids podcast. Book Club for Kids is a free, 20-minute podcast where middle schoolers talk about books. It was honored with the Literacy in Media Award and a grant from the DC Arts & Humanities Commission. 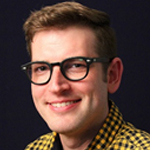 John Hendrix is a New York Times Bestselling illustrator, and author of many children’s books, including, Shooting at the Stars, Drawing is Magic, John Brown: His Fight for Freedom and his newest Miracle Man: The Story of Jesus. His illustrations have appeared on book jackets, newspapers and magazines all over the world, including Rolling Stone, The New York Times, The New Yorker and many others. John’s work has won many awards, including three Silver Medals from the Society of Illustrators. John also is an associate professor, teaching illustration, design and typography, in the Sam Fox School of Art and Design at Washington University in St. Louis. 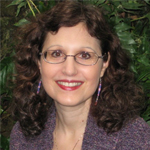 Jacqueline Jules is an award-winning poet and author of 35 children’s books, including the Zapato Power series, the Sofia Martinez series, Unite or Die: How Thirteen States Became a Nation, Duck for Turkey Day, and Never Say a Mean Word Again. Jacqueline’s poems have appeared in numerous publications including Christian Science Monitor, Cricket, Cicada, The Poetry Friday Anthologies, YARN, Germ Magazine, and One Minute Till Bedtime. She lives in Northern Virginia and she loves to hear from readers through her website at www.jacquelinejules.com. 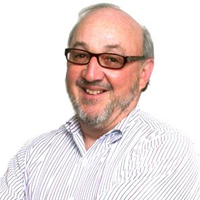 Syl Sobel is a former newspaper reporter, an attorney, director of publications for a government agency, and an author.  He has written a series of children’s books on U.S. history and government. The titles are: Presidential Elections and Other Cool Facts, 3rd edition (2016), How the U.S. Government Works, 2nd edition (2012), The U.S. Constitution and You, 2nd edition (2012), The Bill of Rights: Protecting Our Freedom Then and Now (2008), The Declaration of Independence: How 13 Colonies Became the United States (2008), Our Pledge of Allegiance (2002). He has spoken and signed books at bookstores, libraries, and public events and has appeared on C-SPAN’s Book TV program and on The Book Guys on NPR Radio.