The National Archives and the Foundation for the National Archives hosted the first-ever sleepover at the Archives on Saturday, January 25, welcoming 8- to 12-year-olds and their grownups to the home of the  Declaration of Independence, the U.S. Constitution, and the Bill of Rights. 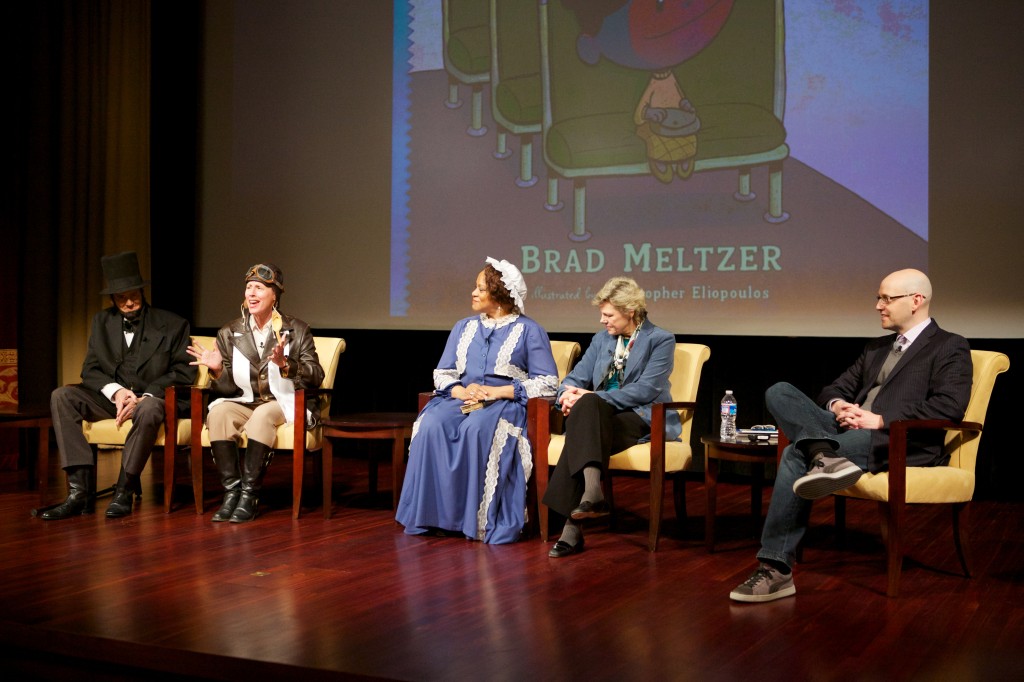 Participants decoded Civil War ciphers, wrote letters to the President, learned to use quill pens, dressed up in historical costumes and scoured the museum’s “Public Vaults” exhibition for answers to a scavenger hunt among the Archives’ records. 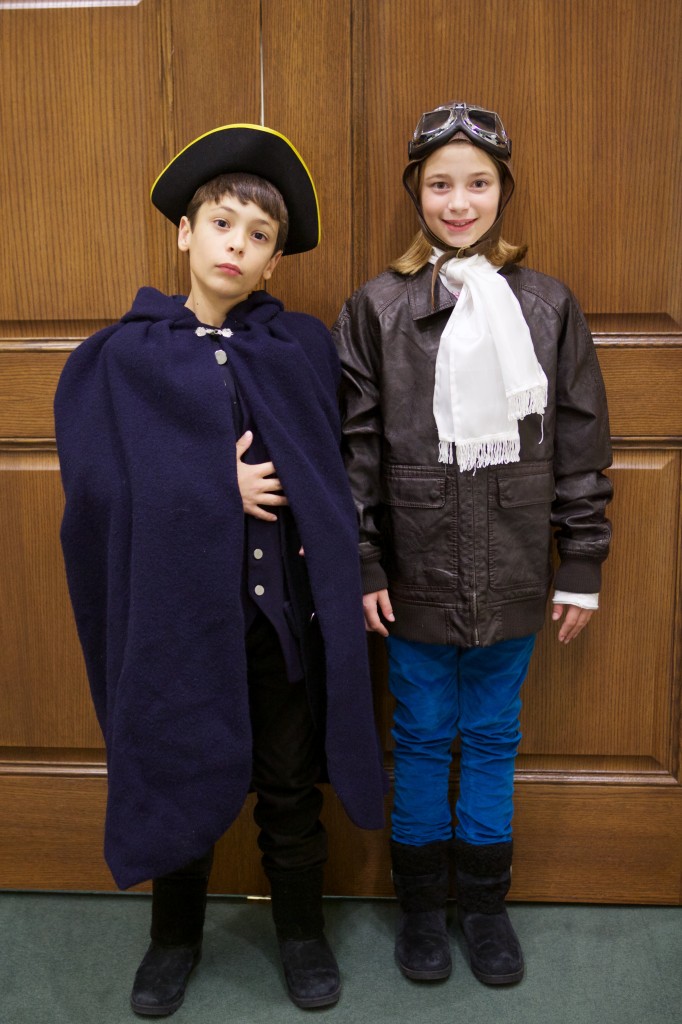 Meltzer and Roberts signed their new children’s books and joined sleepover guests for the screening of Oscar-nominated short films in the Archives’ William G. McGowan Theater before rolling out their sleeping bags. 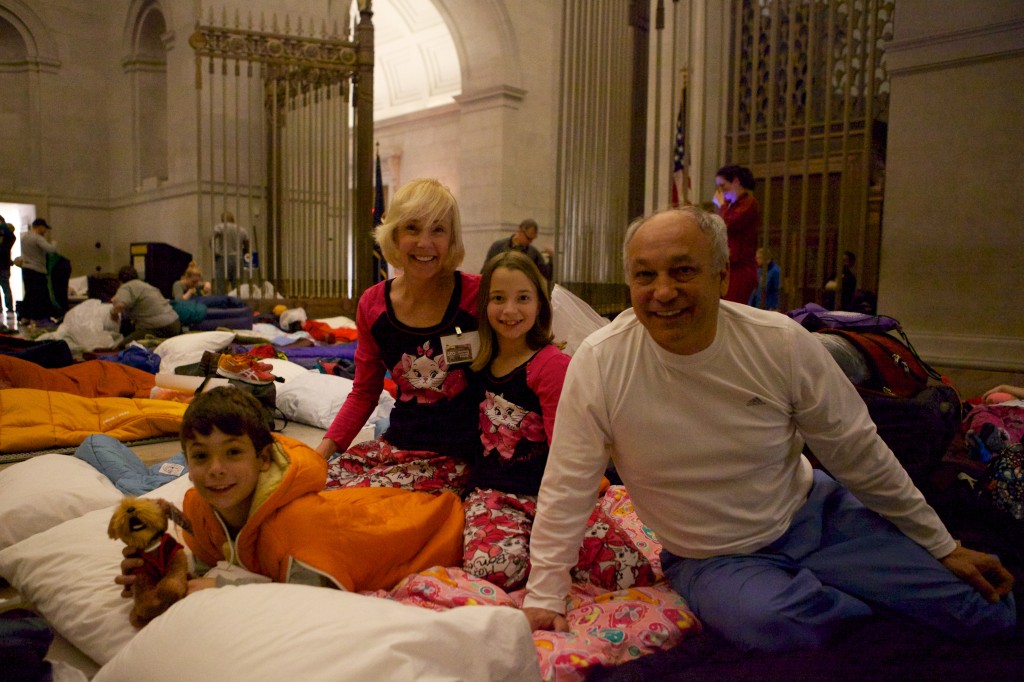 After a night sleeping in the Archives Rotunda and Rotunda Galleries, campers were greeted by Archivist of the United States David S. Ferriero who joined Meltzer in flipping pancakes for breakfast. 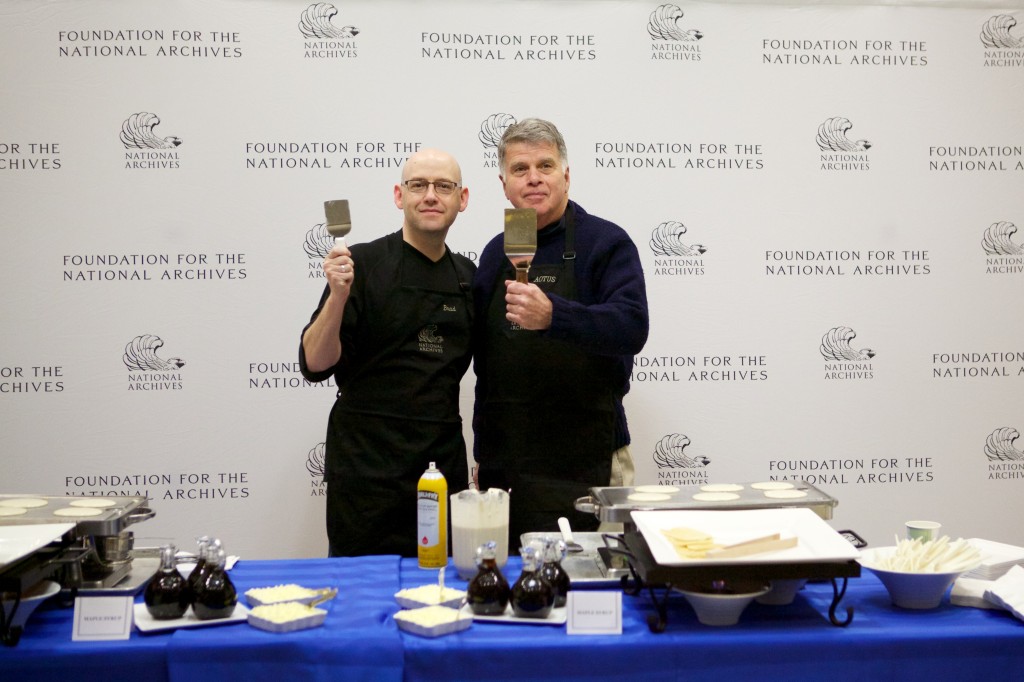 Participants also played Archives trivia and joined an interactive demonstration on how hot chocolate was made in colonial times, using American Heritage Chocolate. 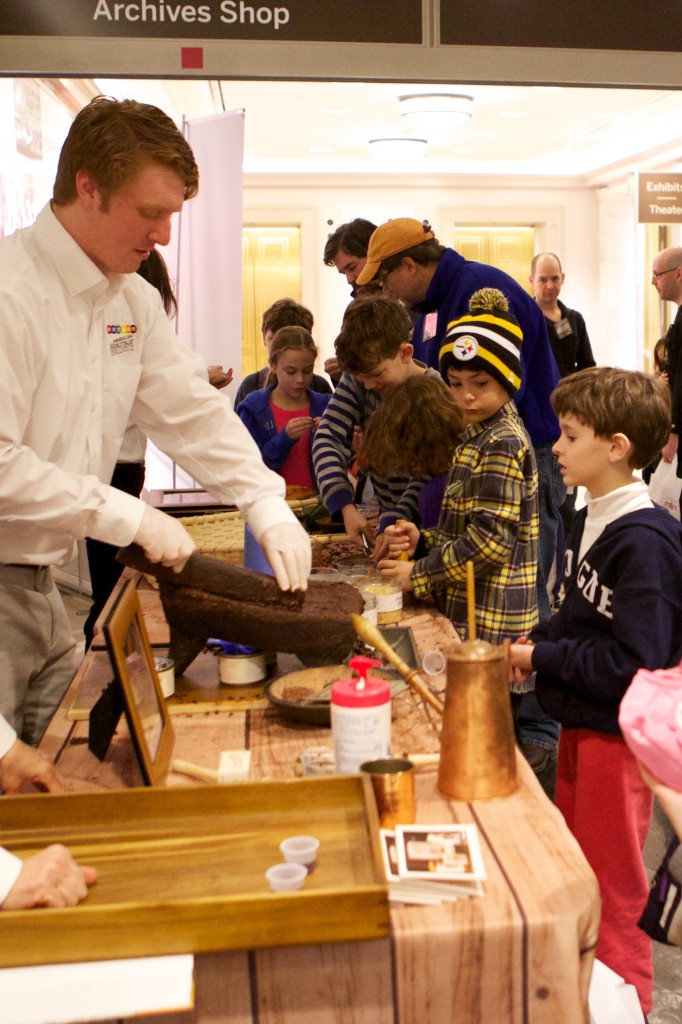 All child participants received a copy of Meltzer’s new children’s books, I am Abraham Lincoln, and I am Amelia Earhart, courtesy of Penguin Young Readers Group, as well as a copy of Roberts’ book, Founding Mothers: Remembering the Ladies, courtesy of HarperCollins.