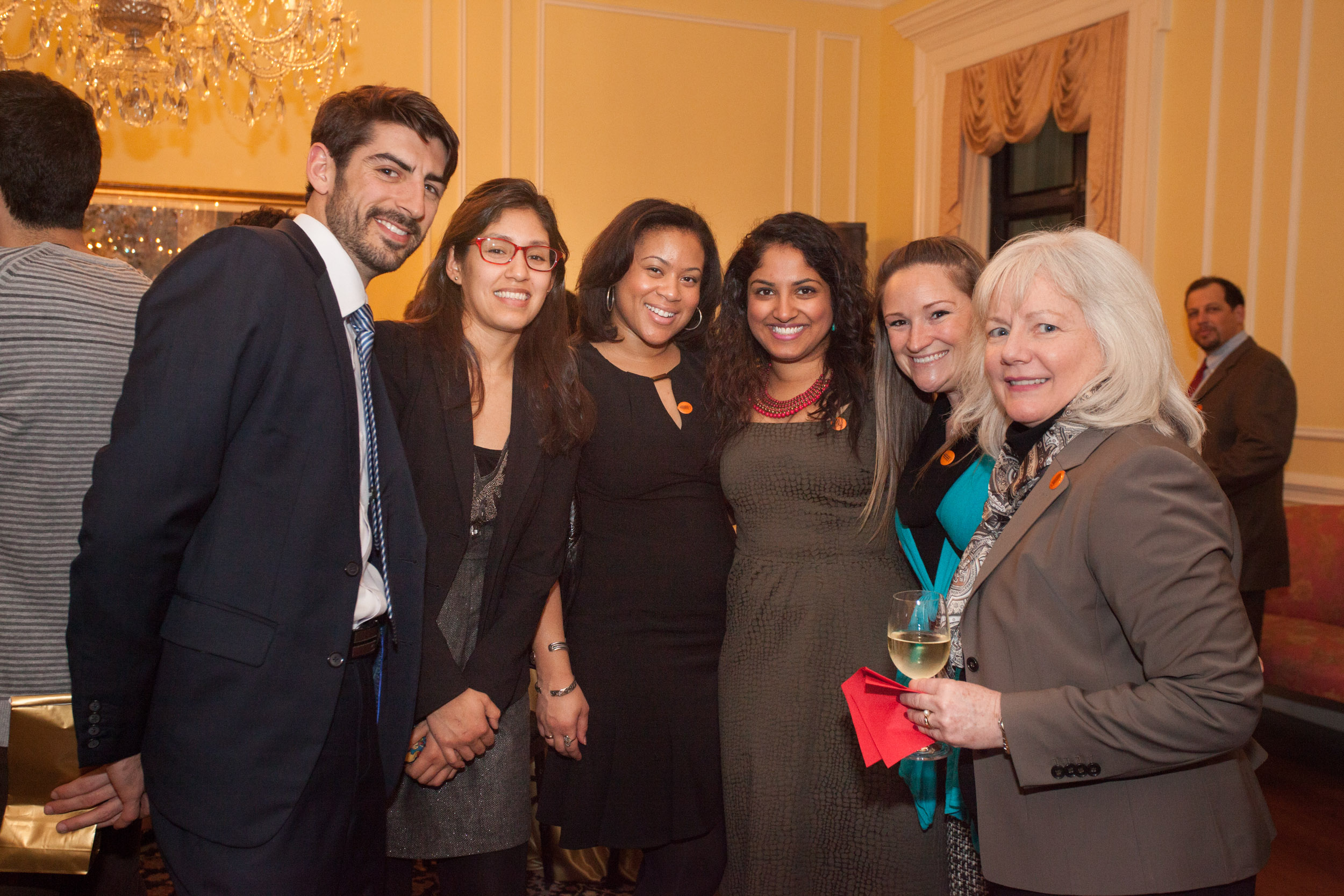 The membership group for young professionals in and around the DC area, the Young Founders Society (YFS) is committed to the work of the Foundation for the National Archives. In addition to reserved seating at Foundation events and special access to National Archive Museum exhibits, the YFS enables members to meet and mingle at a number of unique events throughout the year. 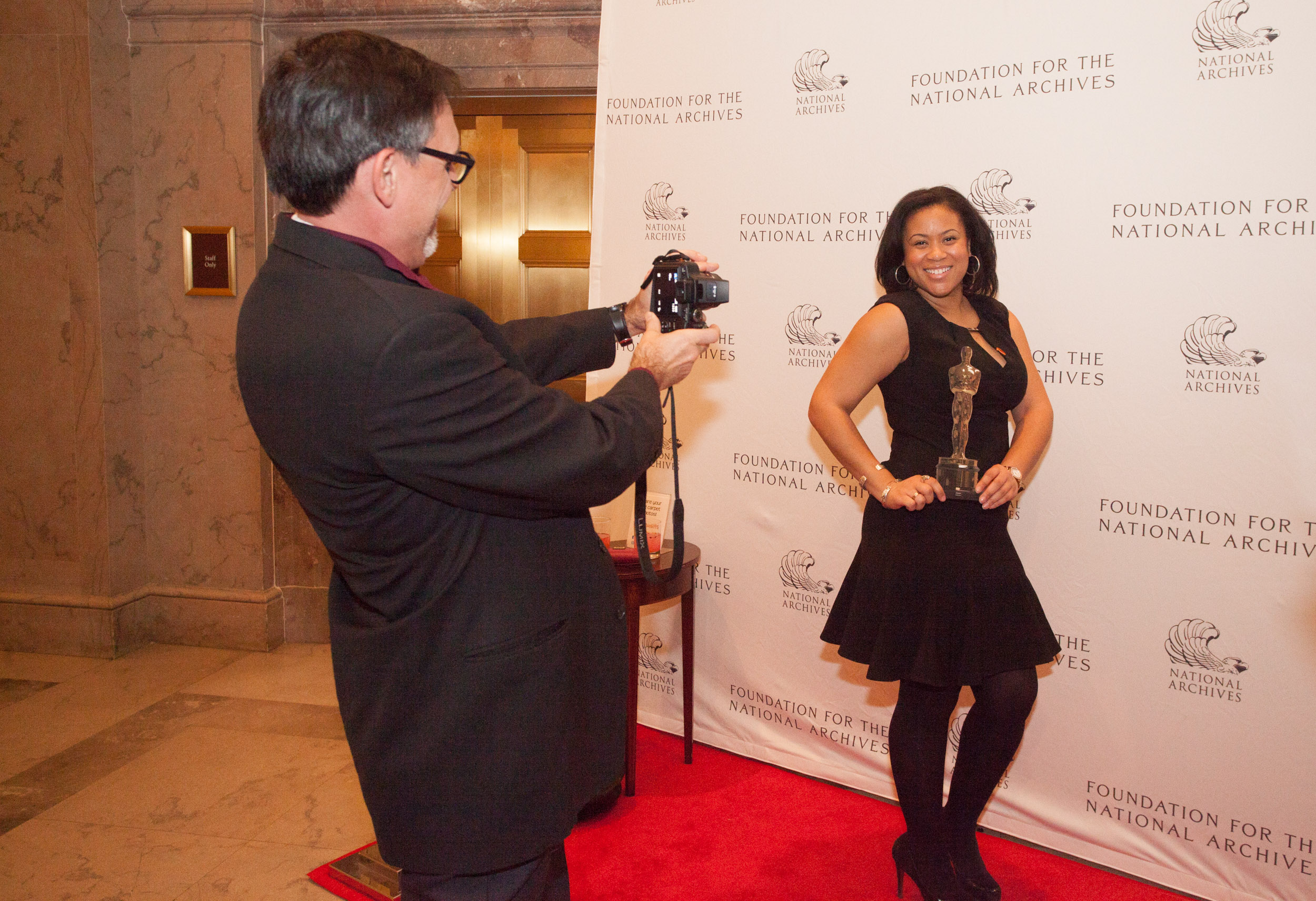 The red carpet reception in the Archivist’s Reception Room included Oscars-themed food and drink, and a fun photo opportunity with a (cardboard) Oscar® statuette. The night began with a welcome from Foundation Executive Director Patrick Madden and a brief talk from noted film critic and co-founder of the Washington DC Film Critics Association, Willie Waffle.

Following the reception, YFS members were escorted to the William G. McGowan Theater where they enjoyed front-row seats for a screening of the Oscar-winning documentary film 20 Feet From Stardom. 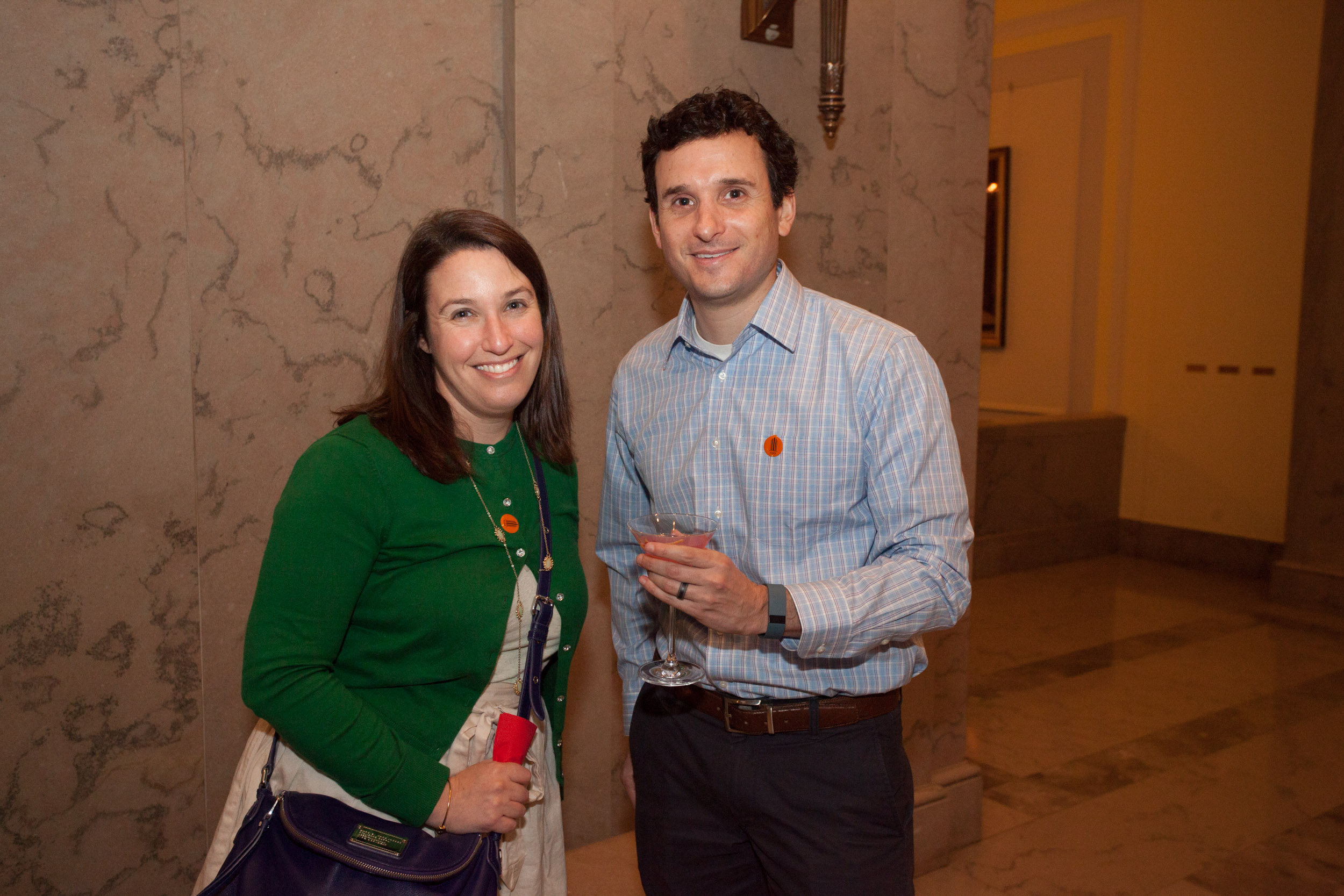 More than 100 people attended the event, including Foundation Chair and President A’Lelia Bundles and Archivist of the United States David S. Ferriero.

The Annual Showcase of Academy Award® Nominated Documentaries and Short Subjects is hosted by the National Archives and presented by the Academy of Motion Picture Arts and Sciences in partnership with the Charles Guggenheim Center for the Documentary Film and the Foundation for the National Archives. The screenings are free and open to the public and are well attended every year.