Serving Up a Dish of Art, Historical Fun, and Chocolate Chip Pancakes at the National Archives Sleepover 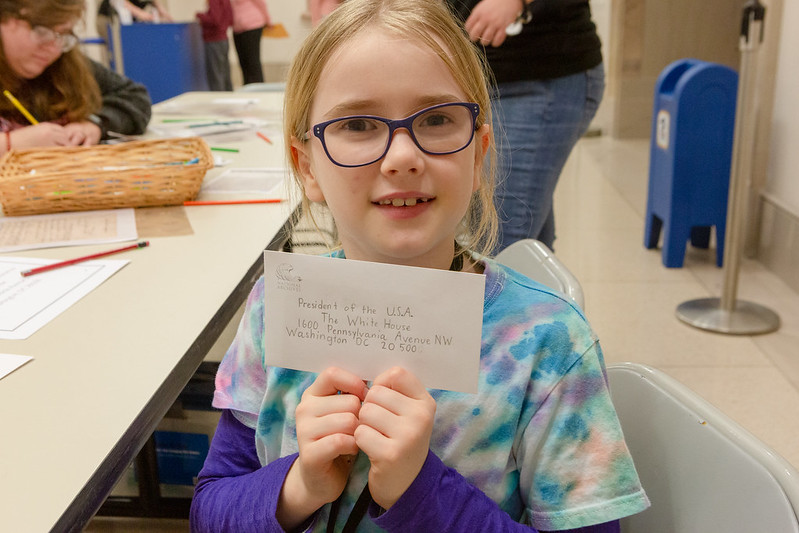 These activities encouraged hands-on engagement with primary resource documents through a scavenger hunt in the Rightfully Hers exhibit, as well as writing letters to the President of the United States. Each year, participants take part in letter writing, often excited to learn that their letters will one day end up back at the National Archives, as every letter written to a President does. Finally, the event concluded Sunday morning with an Archives tradition six years in the making – chocolate chip pancakes flipped by the Archivist of the United States himself, David Ferriero. 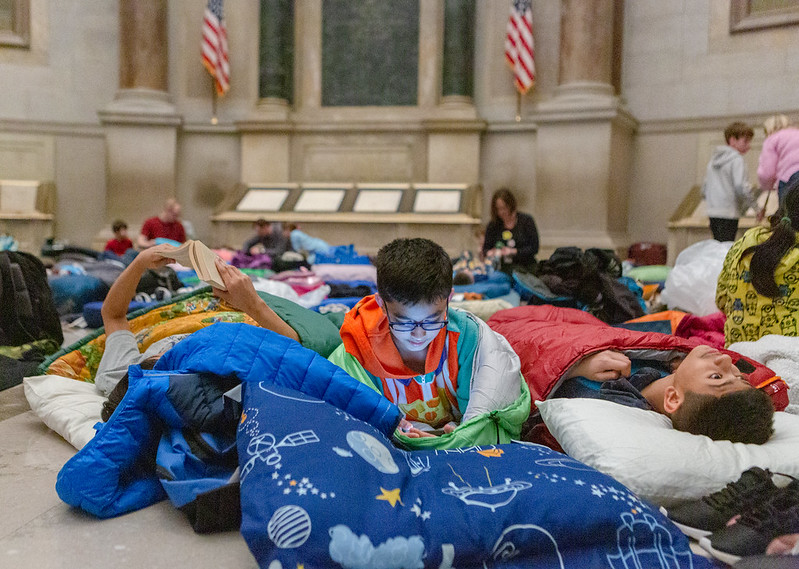 As part of the Rightfully Hers focus for the event, the National Archives Foundation welcomed Valentina Roever, Grand Prize winner of the “Rightfully Yours Youth Art Competition.” To encourage youth engagement with the women’s suffrage celebration, the Foundation invited students in grades 4, 5, and 6 to submit an original work of art that answers the question: What does the 100th anniversary of women winning the right to vote mean to you and your community? As part of her prize, Valentina and her family joined us at the sleepover where her artwork was on display along with the artwork of each grade-level winner. Valentina’s artwork was also used to inspire a line of original suffrage-related products for sale in the National Archives Store. 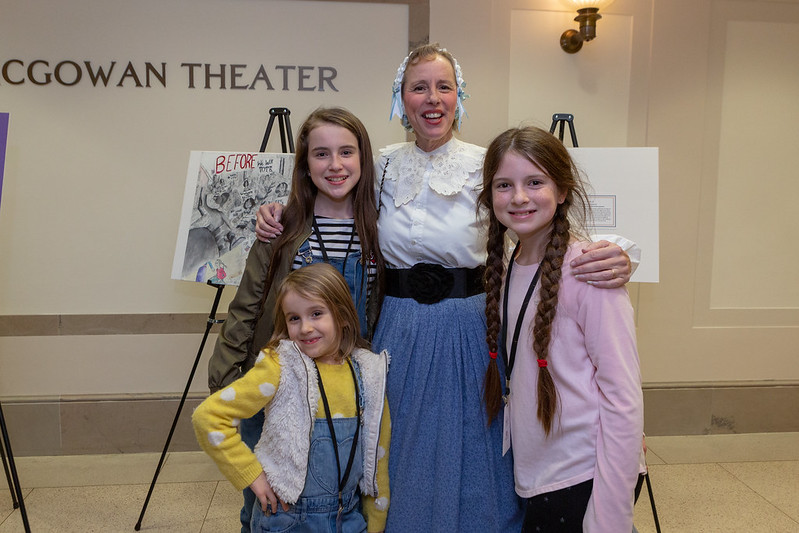 After visiting the Archives and going through the Rightfully Hers exhibit, Valentina was most interested in seeing primary resource letters from suffragists advocating for the right to vote. “It was really interesting and I’m very excited for the right to vote,” she said.

“I actually snuck myself with my mom into my art,” said Valentina as she pointed to her illustration of a young girl and her mom waiting in line to vote. Learn more about what inspired Valentina’s artwork here.

Each year, the National Archives sleepovers inspire the next generation of young learners, historians, and civic participants. The biannual sleepovers are part of a larger civic education initiative at the National Archives in which students are encouraged to become actively engaged in our democracy. Learn more and register for the October 2020 sleepover here.

About the National Archives Foundation

The National Archives Foundation is an independent nonprofit that increases public awareness of the National Archives, inspires a deeper appreciation of our country’s heritage, and encourages citizen engagement in our democracy. The Foundation generates financial and creative support for National Archives exhibitions, public programs and educational initiatives, introducing America’s records to people around the U.S. and the world. Learn more at www.archivesfoundation.org.