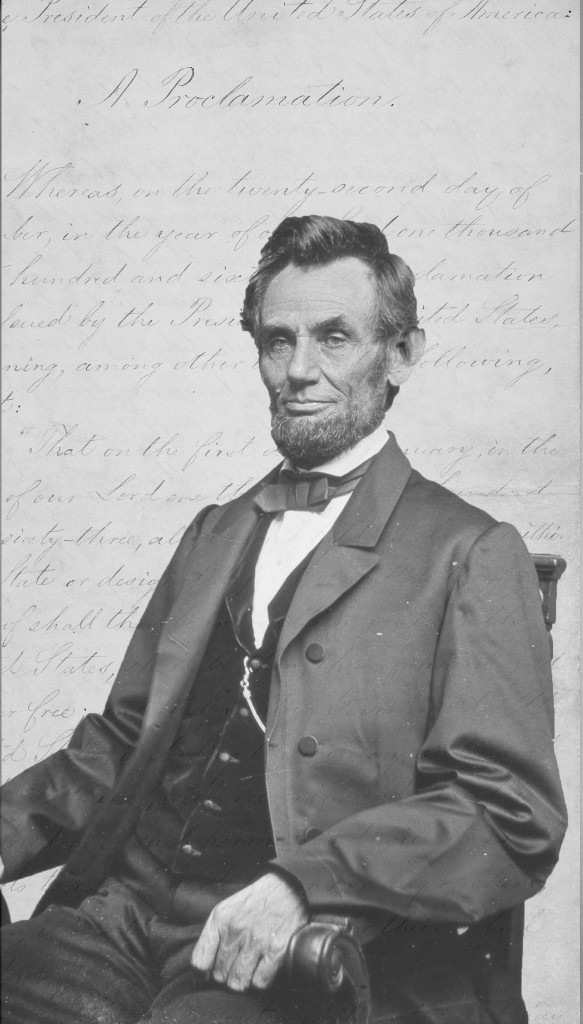 The original Emancipation Proclamation will be featured in the National Archives Museum‘s new “Records of Rights” exhibition in Washington, DC, February 15 through February 17, 2014, as part of the Archives’ celebration of Black History Month.

This landmark document, signed by President Abraham Lincoln on January 1, 1863 – three years into the Civil War – declares “that all persons held as slaves” within the rebellious states “are, and henceforward shall be free.” Although its effects were gradual, the Emancipation Proclamation fundamentally transformed the Civil War from a war to save the Union into a war for freedom.

Today, the Emancipation Proclamation is held in trust for the American people by the National Archives, where it continues to awe and inspire those who view it. Unfortunately, due to the poor quality of the paper on which it was written, this document can only be displayed for a few days every year to limit further damage and continue to preserve it for future generations.

The original Proclamation will be on display in the David M. Rubenstein Gallery’s “Records of Rights” exhibition. A high-resolution facsimile is on permanent display year-round in the Museum’s “Public Vaults” exhibition.