Victory in Japan: 75th Anniversary of the End of WWII

World War II, the bloodiest conflict in history, came to an end in a 27-minute ceremony on board the USS Missouri in Tokyo Bay, six years and one day after the war erupted in Europe. On that September morning in 1945, Japanese officials signed a formal instrument of surrender that ended hostilities in the Pacific theater and proclaimed “the unconditional surrender to the Allied Powers of the Japanese Imperial General Headquarters and of all Japanese armed forces and all armed forces under Japanese control wherever situated.”

Japan’s surrender brought an end to World War II, but not an end to global conflict. In the decades that followed, many world events were influenced, at least in part, by the political, social and economic repercussions of the war. 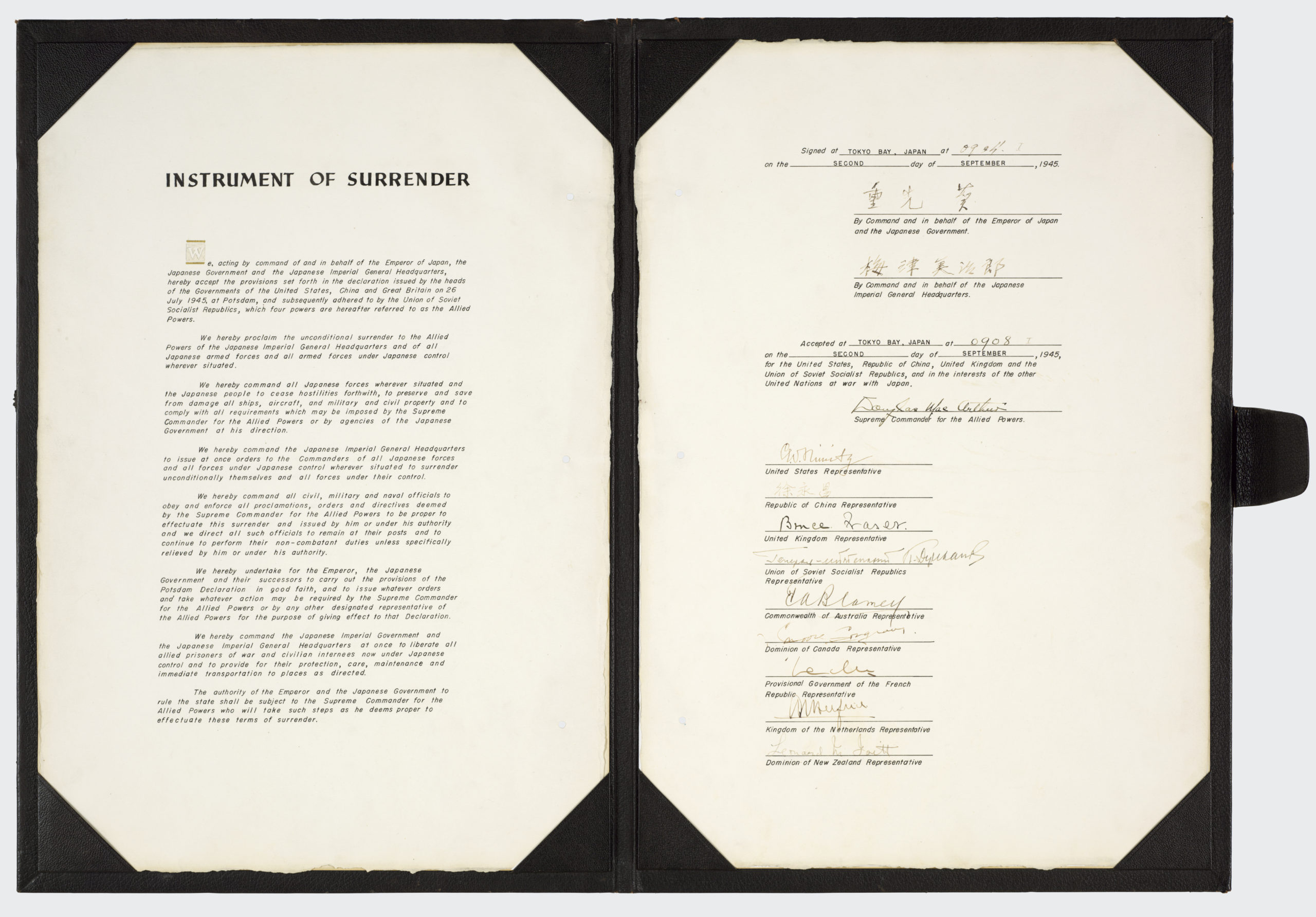 On September 2, 1945, Japanese representatives signed this official Instrument of Surrender, which set out the complete capitulation of Japan. Signing for Japan was Foreign Minister Mamoru Shigemitsu and General Yoshijiro Umezu, Chief of the Army General Staff. General Douglas MacArthur, Commander in the Southwest Pacific, signed for the United States and accepted the surrender in his capacity as the Supreme Commander for the Allied Powers. Fleet Admiral Chester Nimitz also signed for the United States. Eight representatives from other Allied nations also signed, including the Republic of China, the United Kingdom, and the Soviet Union.

National Archives, Records of the U.S. Joint Chiefs of Staff 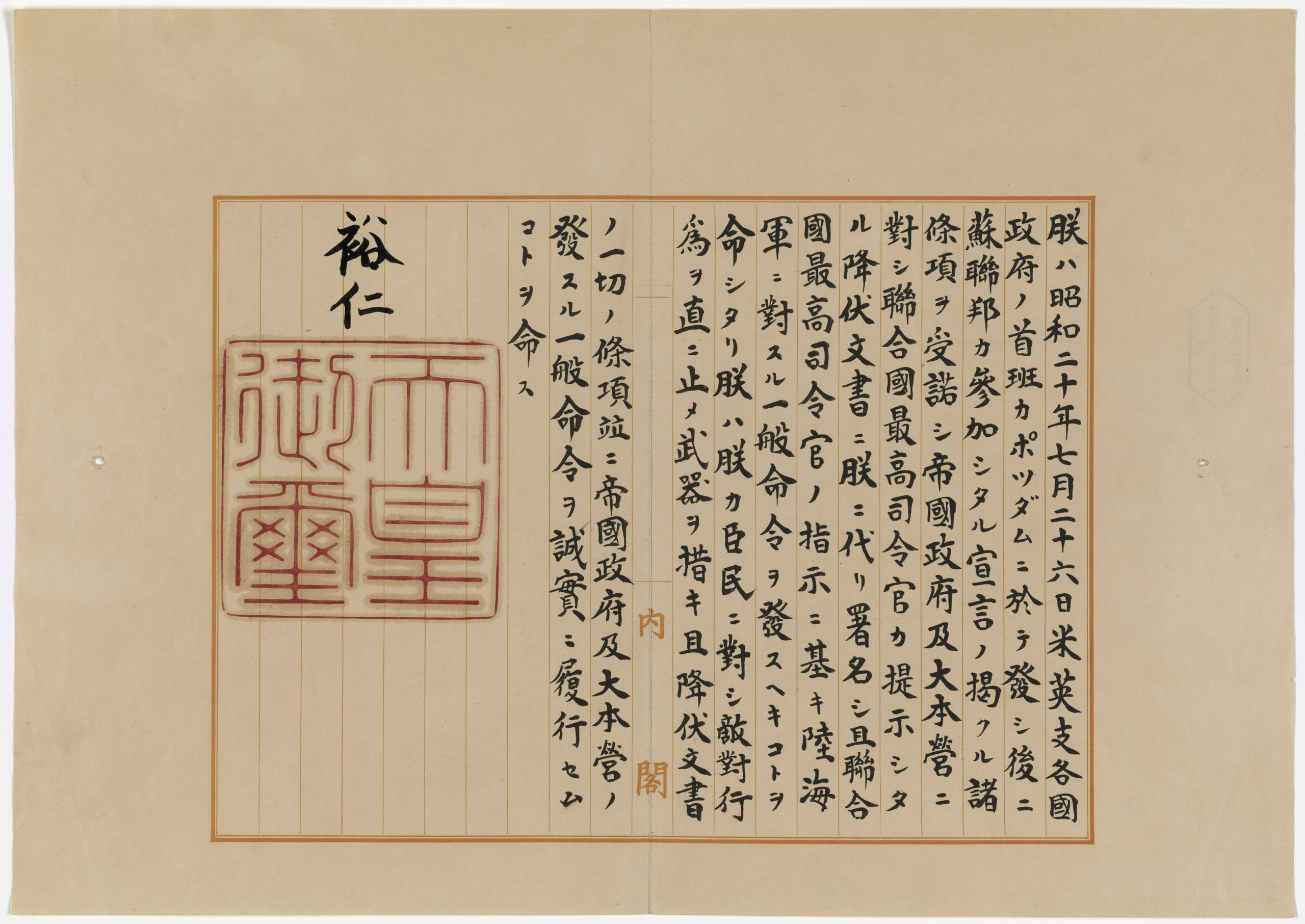 Due to the importance of the Imperial role in Japan, Emperor Hirohito issued this imperial rescript to facilitate the surrender of Japanese forces in all parts of the Pacific and mainland Asia on September 2, 1945. The Emperor’s proclamation called upon the Japanese people to comply with the terms of surrender. To ensure military and civilian compliance with the surrender, it was countersigned by the Japanese Prime Minister and the entire Japanese cabinet to emphasize their submission to the Supreme Commander for the Allied Powers.

National Archives, Records of the U.S. Joint Chiefs of Staff

The Featured Document display is made possible in part by the National Archives Foundation, through the generous support of the Ford Motor Company Fund.