Seventy-five years ago on January 27, 1945, Soviet forces liberated the Auschwitz concentration camp complex in German-occupied Poland. Russian soldiers discovered thousands of sick, dying, and dead prisoners when they entered the complex of concentration camps, forced labor camps, and a killing center abandoned by the Nazis.

By the end of World War II, the Holocaust had claimed the lives of over 6 million Jewish people—nearly two out of every three in Europe. This display of historic records and footage is presented in memory of all Jewish victims of the Holocaust and other victims of Nazism. 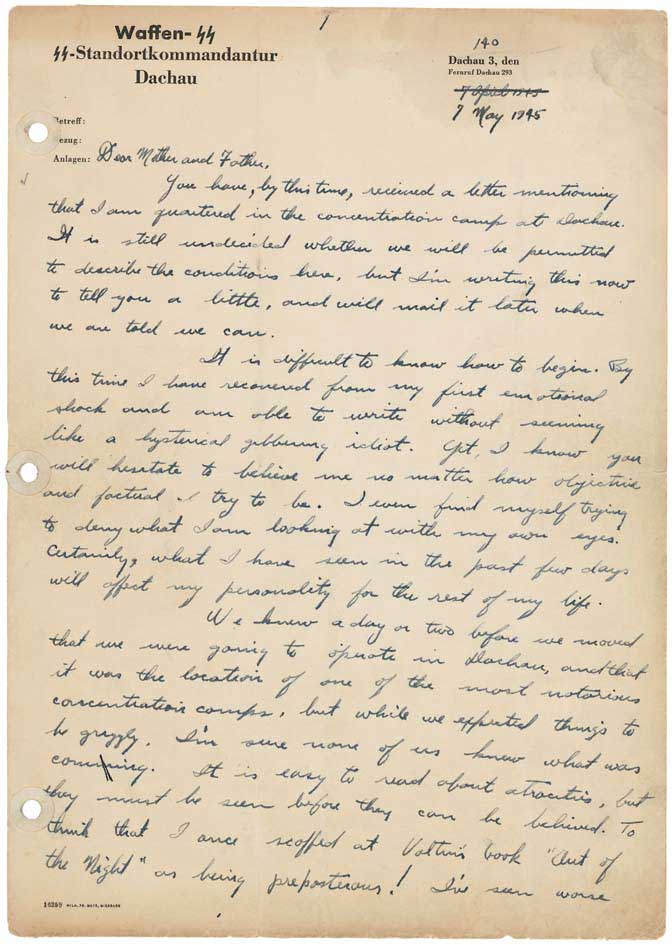 Made possible in part by the National Archives Foundation, through the generous support of the Ford Motor Company Fund.

“I even find myself trying to deny what I am looking at with my own eyes.”

Letter describing the concentration camp at Dachau, Germany from Harold Porter to his parents.