Courting Confrontation: The Arrest of Susan B. Anthony

On November 5, 1872, Susan B. Anthony and 14 other women attempted to vote in Rochester, New York, challenging section one of the 14th Amendment, which states, “No State shall make or enforce any law which shall abridge the privileges or immunities of citizens of the United States.” Allowed by election officials to successfully register and cast their ballots in the 1872 election, they were later arrested and charged for “knowingly, wrongfully, and unlawfully vot[ing] for a representative to the Congress of the United States.”

The U.S. Marshals were directed to take Anthony to jail in December 1872—the only one of the group indicted and brought to trial. During the trial, Judge Ward Hunt instructed the jury to issue a guilty verdict without any deliberation. Anthony was found guilty and fined $100. She later petitioned Congress to review the trial and excuse her fine, believing that she had been denied her right to trial by jury because of the judge’s instructions.

Despite Anthony’s tireless advocacy for a woman suffrage amendment, she would not live to see it enshrined in the United States Constitution. It would take almost 50 more years of civil rights advocacy and confrontation before women would secure an amendment to the Constitution that prohibited states from denying the vote on the basis of sex. Fourteen years after Anthony’s 1906 death, passage of the 19th Amendment, widely known as the Susan B. Anthony Amendment, guaranteed “the right to vote shall not be denied on account of sex.” 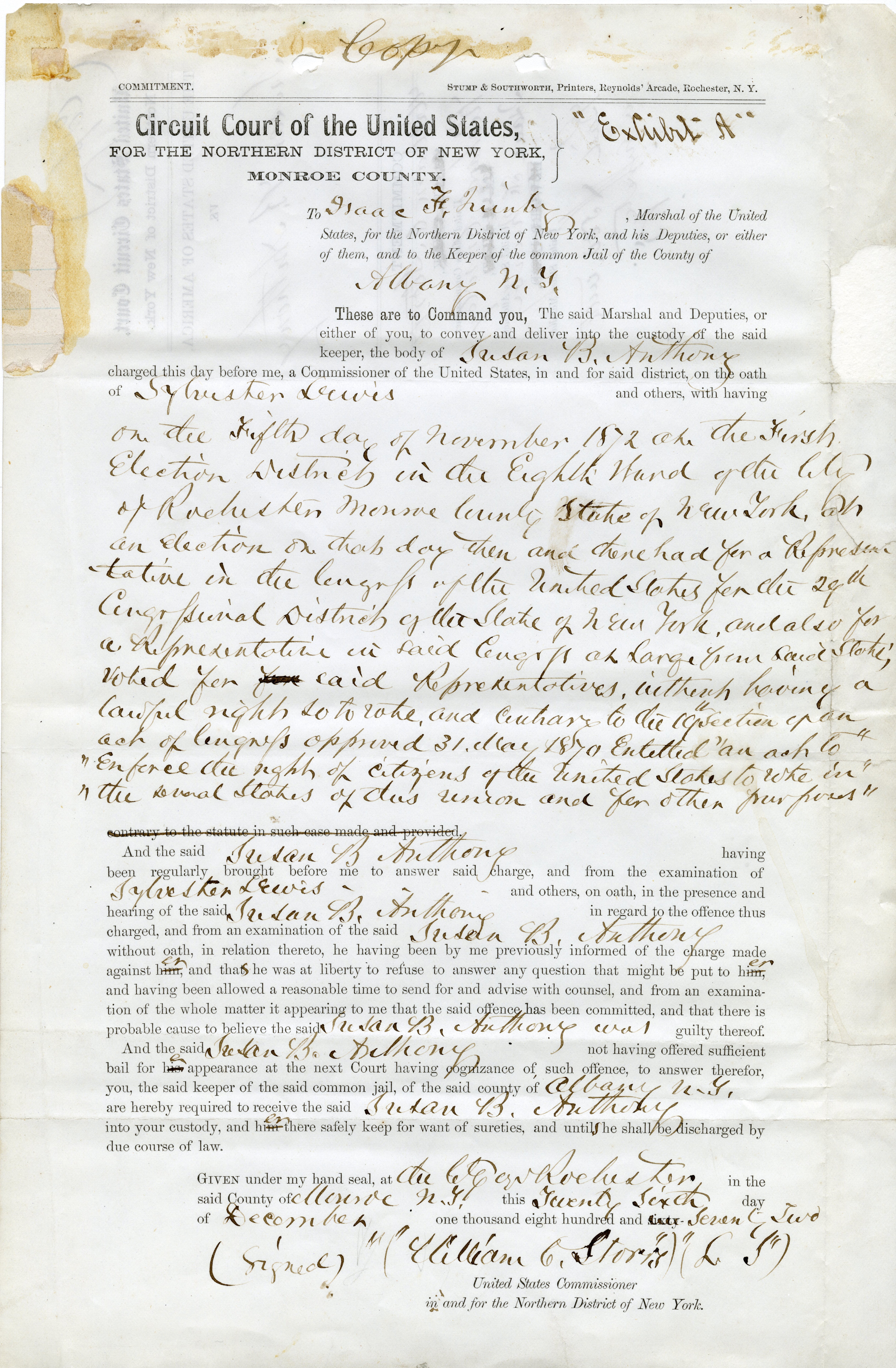 This order directed the U.S. Marshals to take Susan B. Anthony to jail on December 26, 1872. In U.S. v. Susan B. Anthony, she argued like many woman suffragists did, that the 14th Amendment gave her the right to vote as a citizen of the United States. Anthony lost her case and was found guilty and fined $100, which she never paid.