Washington, DC – At its annual Gala on Wednesday, November 17th, the National Archives Foundation honored Pulitzer Prize-winning author and presidential historian, Jon Meacham, with the Records of Achievement Award. This award, bestowed on individuals whose work elevates American history to the national level, is the Foundation’s highest honor. 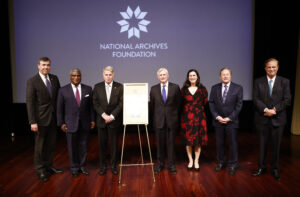 During the evening’s theater program, Jon Meacham was interviewed by noted historian Michael Beschloss. In speaking about the modern lens through which we view history, Meacham said “The story of this country has to be redeeming ourselves from [our sins.] Sometimes we have hours of grace and kindness, sometimes we have hours of cruelty and coldness. And a democracy is a sum of its parts. So why wouldn’t our country be any different than us?” 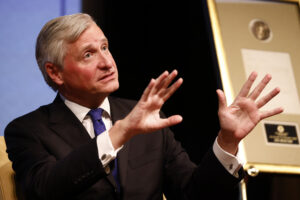 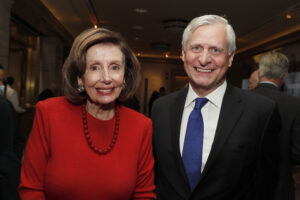 Speaker Pelosi addressed the crowd, saying that Jon Meacham’s work “teaches us about our country’s founding values,” and that those values will “take us beautifully into the future.”

The evening, which had a Tennessee theme in honor of Jon Meacham’s home state, included performances featuring the premier Bluegrass/Americana stylings of the Eastman String Band.