Fun facts, interesting stories, unique relics of the past. You’ll find all that and more in this section devoted to the stranger items that have ended up in the Archives holdings over the years. Bookmark us to find all the content you may have missed from past weeks – or the content you want to see again!

Long before America’s UFO obsession, many were already suspecting there is life beyond Earth. In 1924, the Secretary of the Navy sent a telegram to all Naval stations instructing them to document any unusual radio communication they might receive from Mars. The telegram states that the Navy should note any “electrical phenomenon unusual character” in cooperation with astronomers who believed this to be possible. 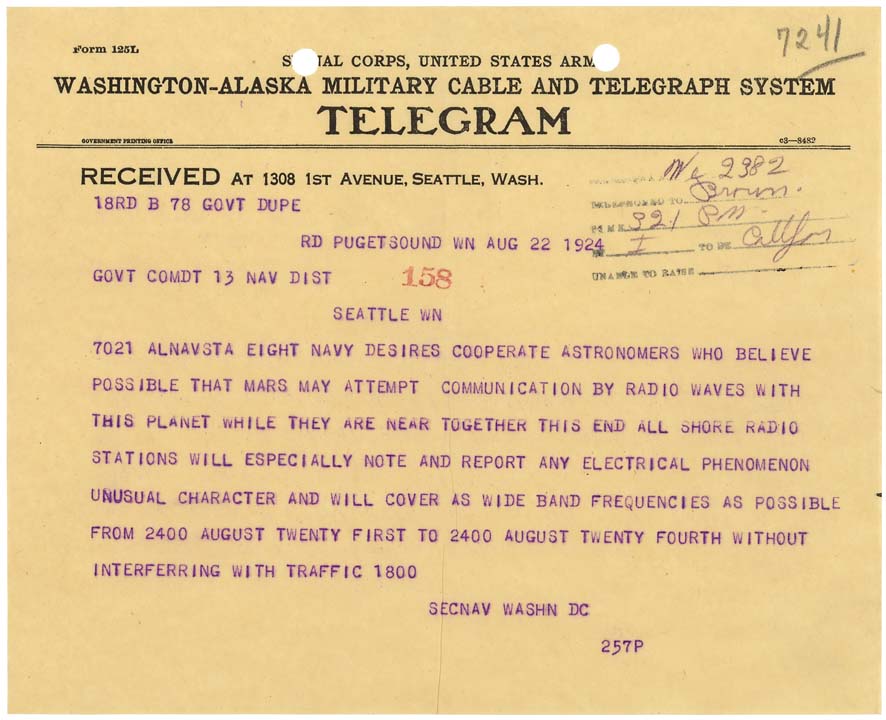 The Sheep are Safe

National parks are of course hotspots for those long-awaited summer vacations and camping trips. But the well-preserved, natural land is also an attractive filming location for Hollywood moviemakers. Apparently filmmakers back in the day had to be really specific with the National Park Service on how the land would be used during filming. In fact, during the filming of a 1950s movie titled Devil’s Doorway, in which a mock battle takes place near a sheep farm, MGM Studios were assured that “in motion pictures we do not actually dynamite the sheep.” Good thing they clarified…? 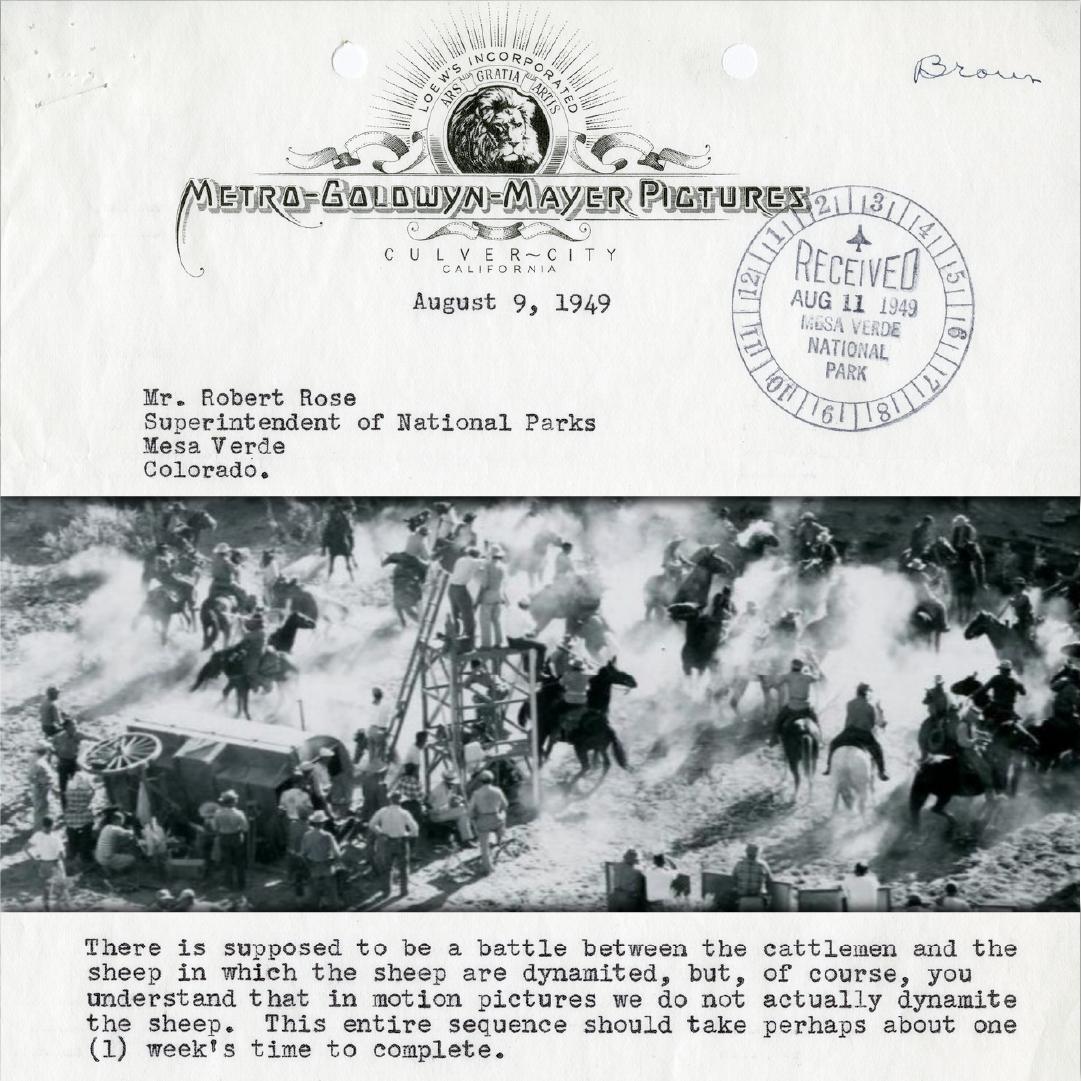 A Fool Thing to Do

When the National Park Service wanted to build an elevator to take tourists down into the Carlsbad Caverns in New Mexico, they didn’t know what they were getting into. At the time, the elevator was second in height to only the Empire State Building’s elevators. Get the full story of how the grand opening became a miraculous mishap when a Park Ranger fell down the 754-foot elevator shaft…and survived with barely a scratch! 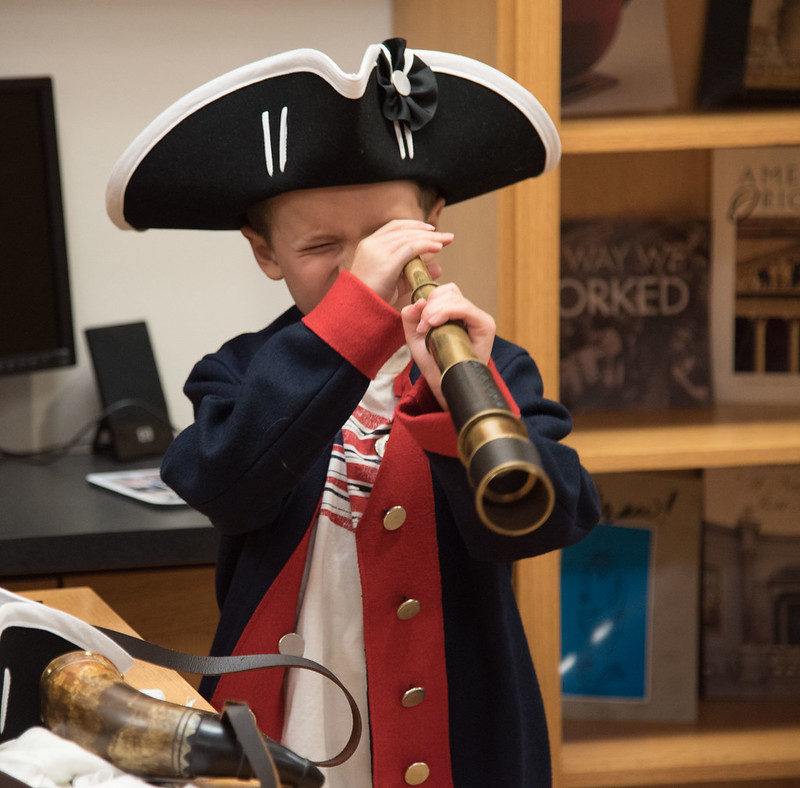 Think you know everything about the beginning of our great nation? We’re willing to bet we have some stumpers you might not know about the beloved Declaration of Independence––even you history buffs out there! So go ahead, take these four surprising facts to the July 4th neighborhood barbecue and impress all your fellow patriots. 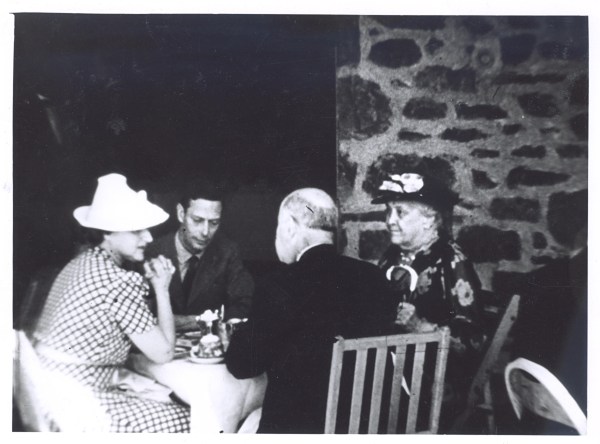 Hot Dogs Fit for a King

In June 1939, King George VI and Queen Elizabeth traveled with President and Mrs. Roosevelt to Hyde Park, NY, the President’s home (and now the site of his Presidential Library), where they had an American-style picnic at FDR’s retreat.

What was on the menu? In addition to traditional picnic fair, FDR served their majesties a great American treat––hot dogs! And, yes, according to news accounts, the royals did indeed down their first-ever hot dogs.

Did you know that President Lyndon B. Johnson’s first state dinner was Texas-style barbecue? From parties at the Johnsons’ ranch to banquets with dignitaries at the Texas White House and even Christmas dinner, barbecue was a staple for LBJ. His hospitality became known as “barbecue diplomacy.” 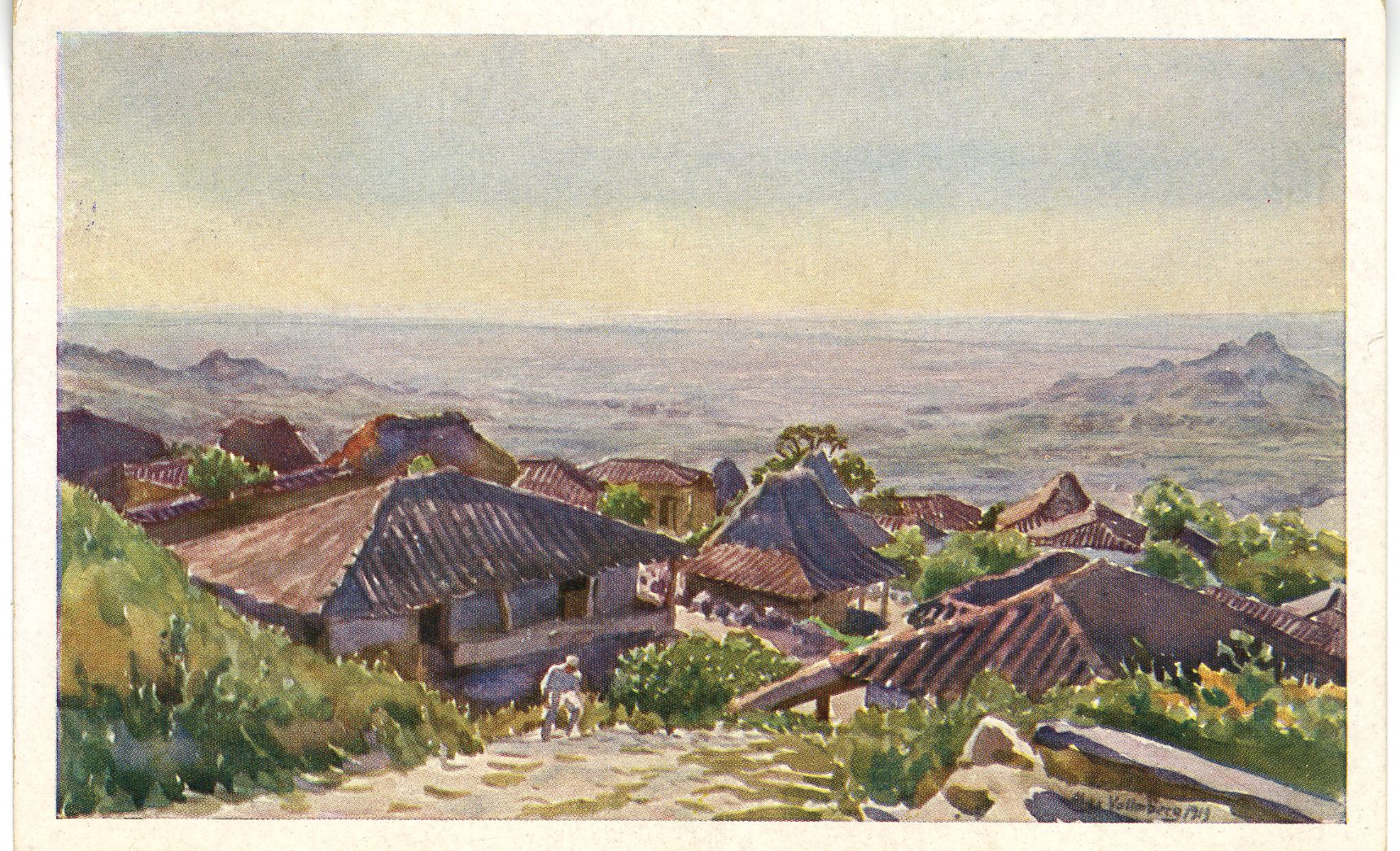 President Harry S. Truman was an extremely devoted father to his only daughter Margaret, and the Truman Presidential Library has the letters to prove it. The Library holds more than 100 letters that President Truman wrote to his daughter between 1925 and 1964. Starting before she was old enough to read, President Truman sent Margaret postcards and letters documenting his work and travels. Many of the postcards show the president’s sense of humor and jokes he shared with Margaret.

Who doesn’t love a good presidential love story? President Harry Truman and First Lady Bess Wallace Truman went to high school together, and we have the class of 1901 graduation program book to prove it! 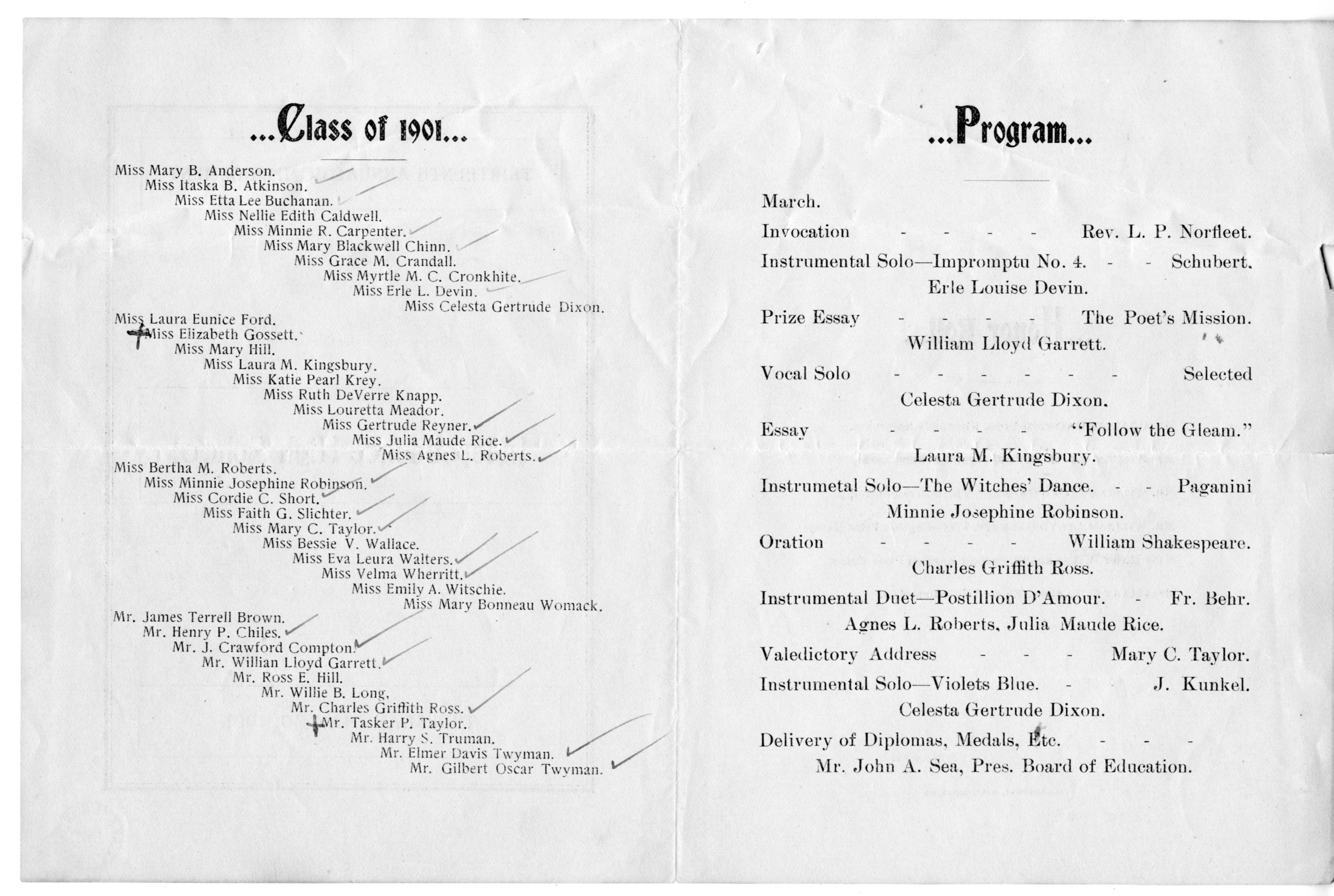 President Truman recalled falling in love with Bess when they were children in Sunday school, remembering years later, “She was all that a girl could be possibly and impossibly.” But it would take young Bess many more years to come around to the idea. In fact, Bess didn’t exactly show President Truman the love in high school, where he recalls her letting him walk home from school with her on rare occasions, remembering, “I was lucky if I got to carry her books home for her sometimes.” But after a courtship lasting nearly nine years, President Truman and Bess Wallace were married on June 28, 1919.

During World War I, the Secretary of War issued a command for all officers and soldiers. It was a history-making telegram ordering not battle plans for the war, but rather, that each soldier write a letter home to his mom for Mother’s Day.

By the date of this communication, May 6, 1919, those moms had been waiting almost six months for their children to come home. Although the Armistice was announced in November 1918, it took over a year to transport the millions of American troops stationed overseas back to the United States.

No Crying in Baseball

We’ve all dipped our toes into the beloved world of Dottie Hinson, Kit Keller and the Rockford Peaches. The 1992 classic “A League of Their Own” captivated Americans with the adventures of the All-American Girls Professional Baseball League.

While the drama between the two sisters is fictional, the women of the AAGPBL who trailblazed their way to the big leagues during World War II were very real.

Check out this 1951 Universal News story that closely resembles a scene in the movie that shows the fictionalized players performing for a newsreel camera.

Craving more history-inspired films featuring the father of America? For today and today only, we mean Tom Hanks, not George Washington. The true American classics, Saving Private Ryan and Apollo 13 were inspired by history within the National Archives.

If you were quarantined in any of these White Houses, which furry, feathery or scaly friends would you choose? We let you vote and will announce the winning house soon! 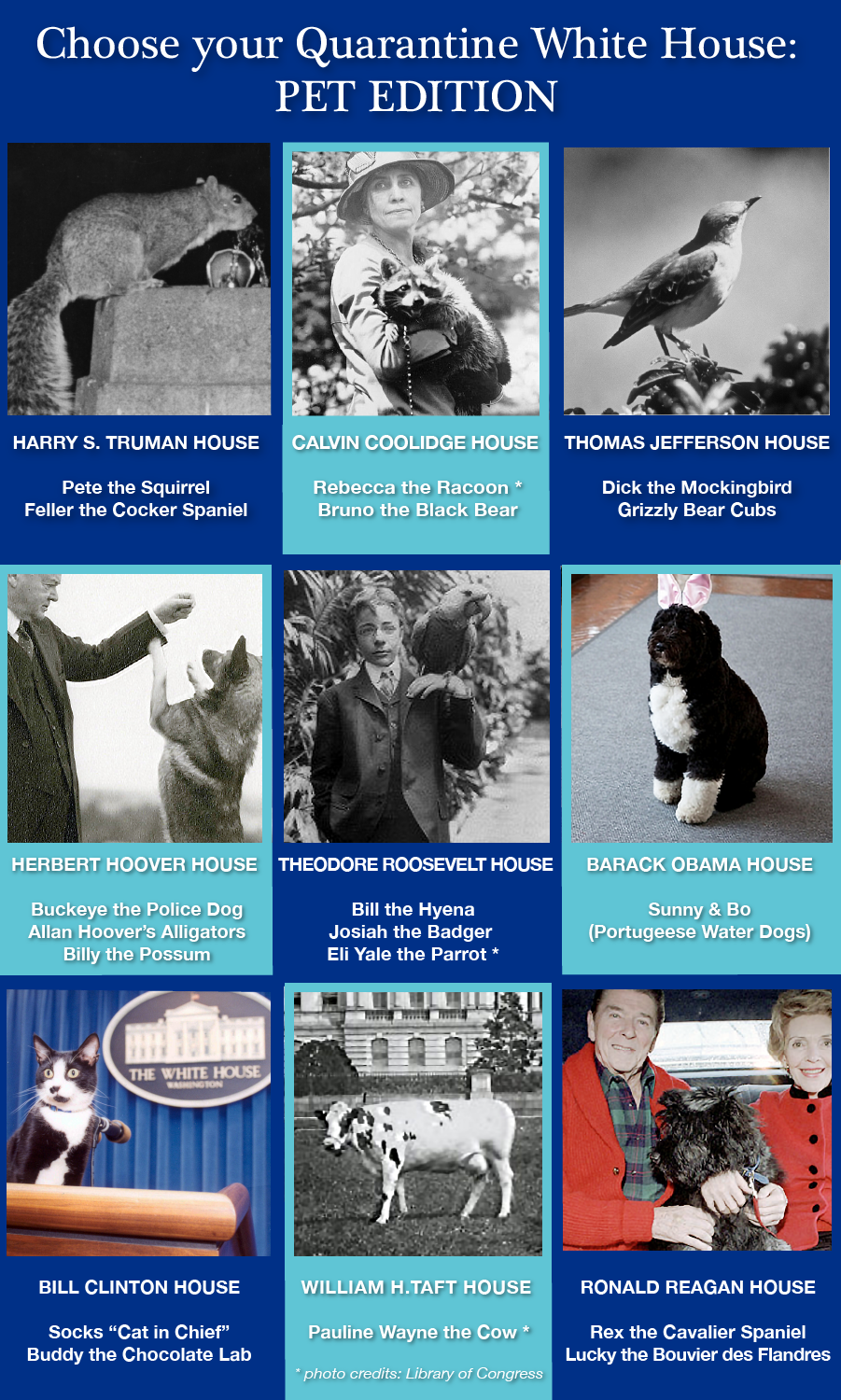 The members of George W. Bush’s administration had a lot of fun with their presidential pets––even making each one their very own baseball card. India or “Willie” Bush the cat loves tuna-flavored treats and the book, If You Take a Mouse to the Movies. Are your pets positively presidential? Send us their baseball cards on social media tagging @archivesfdn and using the hashtag #ArchivesAtHome.

Check out these presidential baseball cards below!

To celebrate April Fools’ Day, we dug up some classics from our nation’s most powerful leaders. These pranks are guaranteed to go down in history as the most presidential. If you like what you see, stay tuned for more of our SLICE video series, as we serve you a slice of the Archives.