If a picture is really worth a thousand words, the photographs in our holdings have a lot to say. We’re digging up photos of iconic moments in our past and will share the story behind them all. Here you’ll find all the pictures you may have missed from past weeks – or the ones you want to see again!

Women of the Red Cross

The neatly aligned rows of white markers at the Normandy American Cemetery in France instantly evoke a sense of mourning for the 9,387 Americans interred at this very spot. But in addition to the thousands of male soldiers who lost their lives on this beach, one marker reads: Elizabeth A. Richardson, American Red Cross, Indiana, July 25, 1945.

Elizabeth “Liz” Richardson was a 25 year-old who finished college and joined the Red Cross in 1944 to help the American war effort in World War II. Liz was stationed in Great Britain a “clubmobile”––or a single-decker bus fitted with coffee and doughnut-making equipment. Her job was to lift the morale and spirit of homesick GIs by operating these recreation clubs.

Though her role was removed from the frontlines, Liz and the women of the Red Cross played critical roles in World War II and will not be forgotten.

At the Le Havre airport on the morning of July 25, 1945, Elizabeth Richardson jumped into a two-seat military plane to fly to Paris. Near Rouen the plane crashed. Liz and the pilot, Sgt. William R. Miller of the Ninth Air Force, died instantly. She was 27 years old.

Photo 1: Liz posed with a coffee urn and a smile in the very cold winter of December 1944, at Camp Dane Ghyell in northern England. (Courtesy Charles Richardson, Jr.)

Photo 3: Liz Richardson (left) and Mary Haynsworth with smiling GIs in front of their Clubmobile in Normandy. Liz sent the snapshot to her parents on June 4, 1945, noting that the blur in her left hand is a doughnut. (Courtesy of James H. Madison)

Too Cool for School

Did you know President John F. Kennedy had a reputation as a troublemaker during high school? At his boarding school in Connecticut, he was in a group nicknamed the “Muckers” after the school’s headmaster used this term to discipline the boys. During his senior year, Kennedy was nearly expelled from school for his antics, but after disbanding the group, he was allowed to stay. Notably, Kennedy still managed to graduate in the middle of his class but was voted “most likely to succeed” by his classmates. 👍

Mothers in Chief: Women Who Raised the Rulers of Our Nation

Do you recognize these special moms and their sons? Take your best shot at naming these mothers and their youngsters before they became Presidents of the United States and we’ll announce the answers soon! 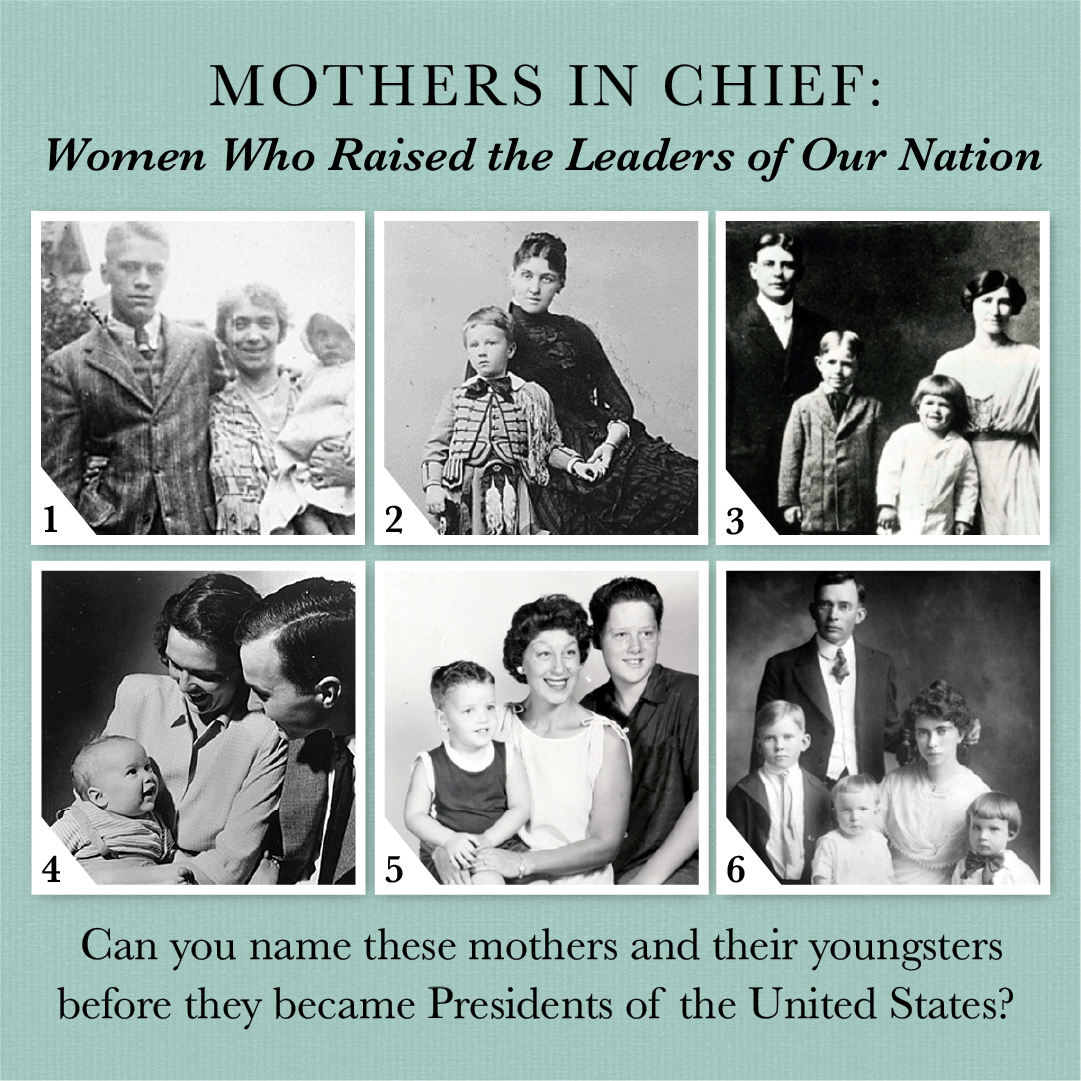 A Deep Ocean of Secrets

It’s no secret that the dreamy Leonardo DiCaprio (aka “King of the World”) captured the hearts of young girls everywhere with the 1997 movie “Titanic.” But in addition to featuring a heart throb, the movie was inspired by the historic tragedy of the ship’s sinking in 1912. Peruse these Archives records documenting the real “ship of dreams” and the passengers aboard her, including the “Unsinkable Molly Brown.”

Go inside the vaults to learn more with the National Archives:

Can I have your PAW-togragh?

After President Ford acquired Liberty the golden retriever in 1974, people began sending her fan mail and requesting her autograph. At first, Dorothy Downton, who served as personal secretary to President Ford, produced photographs “autographed” by Liberty. Dorothy would bring Liberty into her office and press her paw on an inkpad so the pooch could “sign” each letter. Liberty was a good sport but as the fan mail continued to grow, the Fords needed a new plan.

The White House staff made a copy of Liberty’s pawprint, turned it into a rubber stamp, and began stamping her “autograph” onto photographs. This image shows the form letter used to answer these requests and the one above is a paw-tographed photographs.

Getting ready to go to the moon takes years of rigorous training and testing. During a December 1969 simulation, astronauts James Lovell,l Jr. (right) and Fred W. Haise, Jr. trained for the Apollo 13 mission in Kapoho, Hawaii. In this photo, Lovell and Haise practice with Apollo Lunar Hand Tools as part of a lunar surface traverse exercise.

The Apollo 13 crew also had to practice extravehicular activity, or moonwalking, in their space suits while carrying heavy equipment to get them ready for their mission.

Learn how the Apollo 11 crew trained for their mission!

This 1915 mugshot depicts a man in federal prison for crimes against…butter. Yep, you heard that right. The Federal Penitentiary at Leavenworth, Kansas, housed its fair share of infamous inmates, such as “Birdman of Alcatraz” and Machine Gun Kelly. But in the early 20th century, the prison took in some less likely felons—violators of the Oleomargarine Act of 1886.

Why did these men with funny facial hair and Wild West mugshots go to jail for selling margarine? After New York’s U.S. Dairy Company began production of “artificial butter” in 1871, the Dairy industry pushed Congress to regulate the popular butter substitute. With the 1886 act, margarine was taxed and those who sold it had to get special licenses. The black-market Oleo gang went to prison for trying to pass the margarine off as butter and refusing to pay the taxes.

The vast holdings of the National Archives are full of millions of photographs – many without context and captions. The good news? This leaves plenty of room for interpretation! With our caption contest, we invited you to invent your own caption for this Archives photo for a chance to win a special surprise from the National Archives Store!

The results are in and the winning caption for our first caption contest is:

“If that face launched one ship, it launched a million.”

Shoutout to some of our other favorites with these runner-ups:

Stay tuned for our next caption contest coming soon!

Who are the thousands of individuals on the periphery of this iconic photo of the 1913 Women’s March? Are they just more supporters of the suffrage movement?

They were the rowdy, mostly male crowd of onlookers who pressed in on the demonstration. Many women were verbally and physically assaulted while the police stood by, either unwilling or unable to control the crowd. The resulting outrage over the violence led to a congressional investigation and increased sympathy for women suffrage. Suffragist Marie Louise Bottineau Baldwin, a member of the Turtle Mountain Band of Chippewa Indians, recalls struggling during the march to “walk four abreast . . . [in a space] no wider than a single car track.”