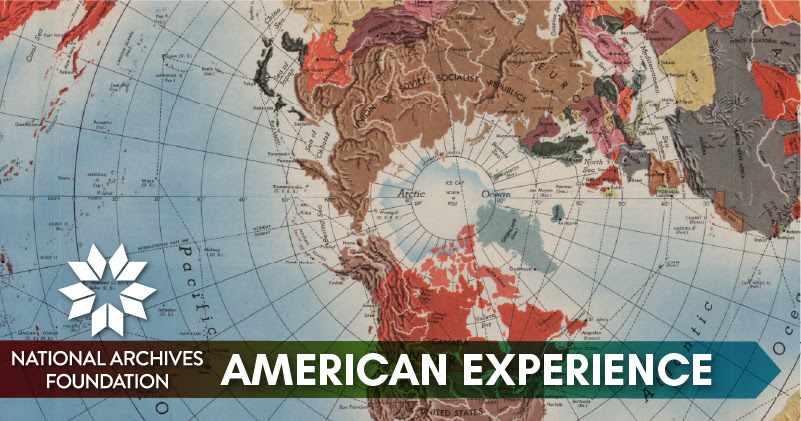 Are We There Yet?

Parent have heard this question on road trips since cavemen invented the wheel and started taking weekend trips. I grew up pulling maps out of the glove compartment to figure out how to get from here to there. Today, Google Maps, Waze, Siri, Alexa, and dropping pins are commonplace.

Before the advent of personal GPS technology and digital mapping, cartographers drew maps by hand, creating some beautiful depictions of the landscape. But they were human, after all, and thus not immune to political and personal influences.

Certainly, the people who commissioned maps often had their own goals in mind. In 1848, Ephraim Gilman produced a map for President James K. Polk. Polk used it as a visual aid for his speech to show westward expansion and the land the U.S. acquired as the result of the U.S.-Mexican War.

But the map also illustrated Polk’s ideas about how the new territories should be developed and how slavery should be extended (or not) into those territories –a hot-button issue in the nation at the time.

It won’t surprise anyone that maps have been used to contort or manipulate reality to support political stances and to substantiate questionable claims. Studying historical maps, especially a series of maps over time, gives us another lens to look through and learn more about political and social issues.

So this week, turn off your GPS and instead take a look at some retro maps and the stories they tell us.

P.S. Don’t miss our two virtual programs in February: Cocktail Conversations with Derek Brown – Temperance, Prohibition, and the Alcohol Free Cocktail Movement on 2/18 and Freedom Summer Inspiring Young Voters Today – A conversation with Maxim Thorne, Managing Director of the Andrew Goodman Foundation, on how a civil rights murder in 1964 has inspired a national movement of young people to vote and engage in civic life today on 2/24. Register today! 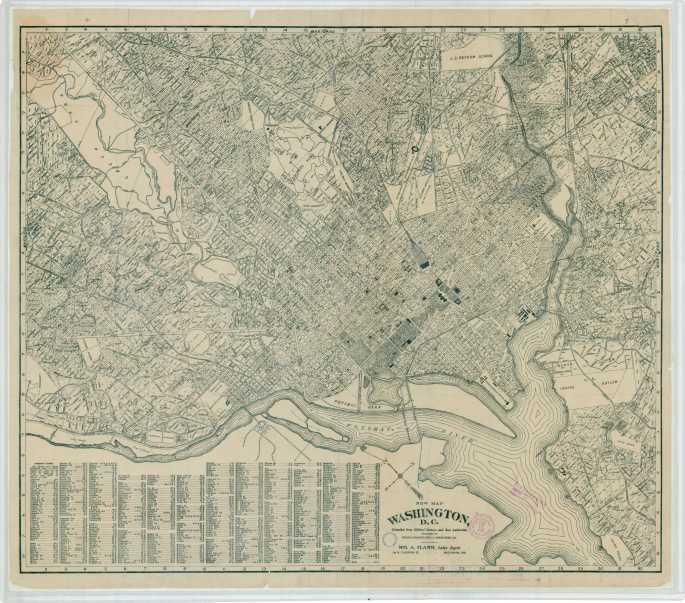 Washington, D.C., our nation’s capital, is a completely invented place. It was established by an act of Congress on July 9, 1790, which George Washington signed into law a week later. Washington himself chose the location, comprised of a square of land straddling the Potomac River. The square of land was donated by Maryland and Virginia and measured 10 miles on each side. 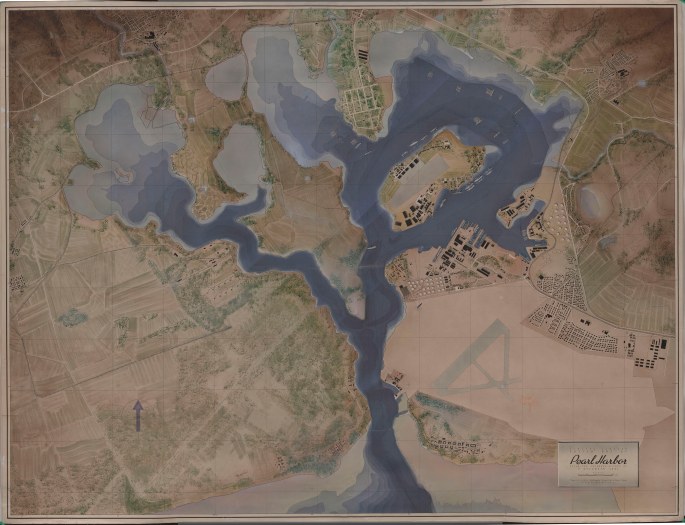 When bombs and bullets fly over a battlefield, lives and political situations are changed, but so is the land itself. One of the most important functions of maps is to document the events and scars that war left upon the landscapes.

Historic maps in the Archives holdings of the Civil War battles at South Mountain and Antietam show the physical features of the battle as well as the placements of Union and Confederate troops. Drawn based on information from commanding officers, the maps illuminate what happened during the battles, when more than 23,000 soldiers died, were wounded or captured or went missing. Considered a Union victory, the battle of Antietam was a turning point of the war. Afterward, President Abraham Lincoln issued the Emancipation Proclamation, which freed enslaved people in the Confederate states that were still in rebellion.

After the attack on Pearl Harbor in December 1941, maps were created to record the effects of the battle on the harbor and the surrounding landscape. One map indicates the positions of all the ships that were in the harbor at the time of the attack. 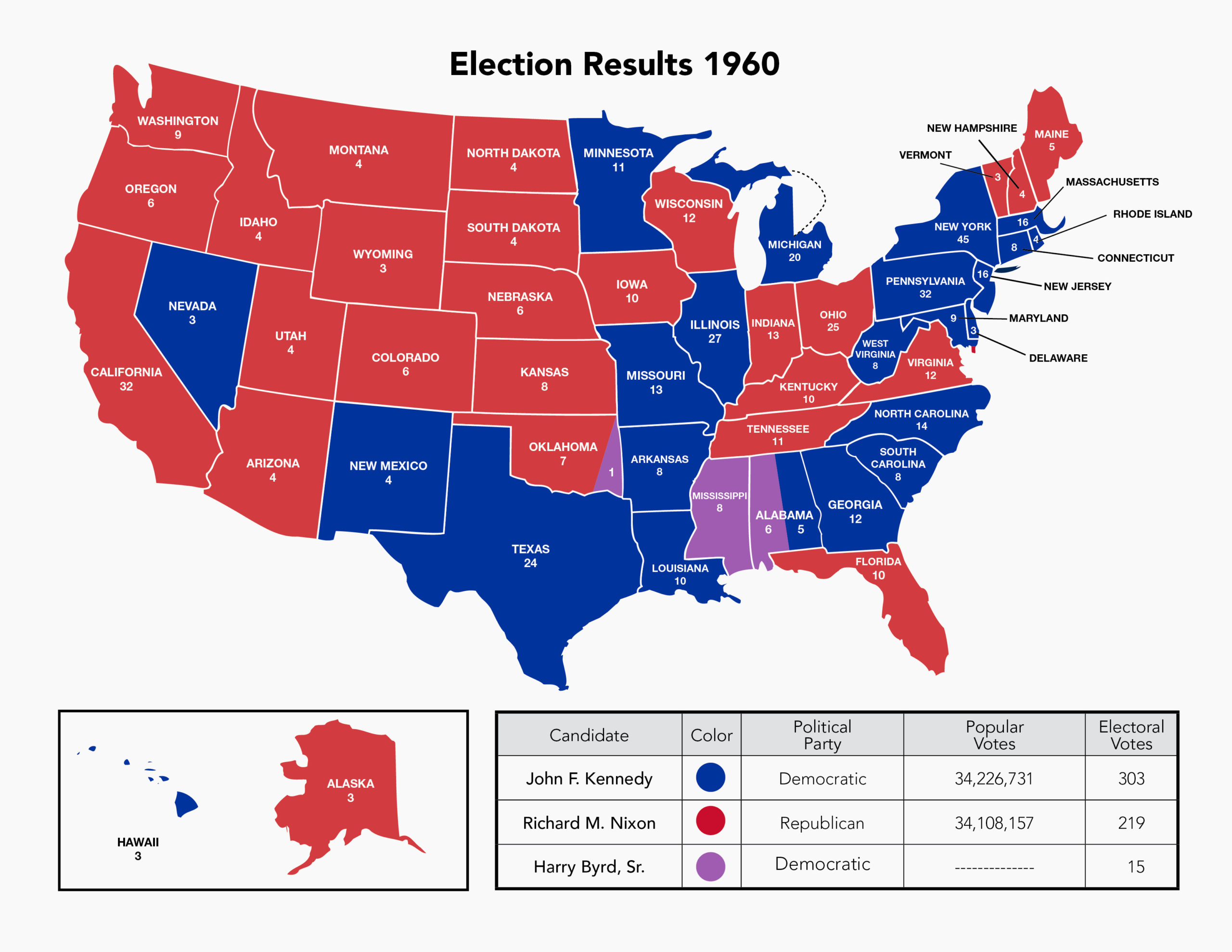 The political bent of many states has definitely changed in the past 60 years. When John F. Kennedy, Jr., won the 1960 presidential election with a popular vote margin of just over 100,000 and 303 electoral college votes, much of his support came from Southern states. The West and Midwest were solidly in the Republican camp.

In contrast, in 2020, Washington, Oregon, California, Nevada and Arizona voted for Joe Biden, while the only Southern state in his corner was Georgia. These differences illustrate changing attitudes toward the actions of the federal government and of population shifts since 1960. 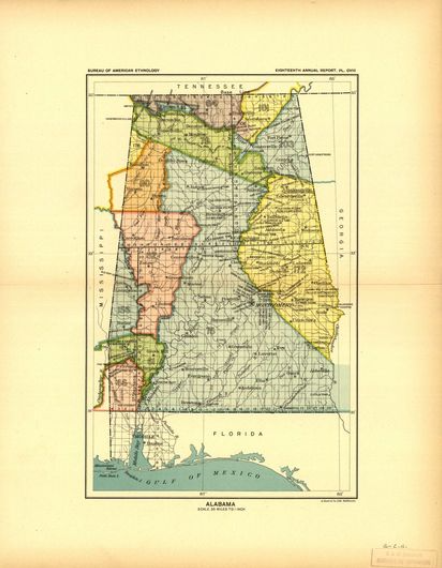 From the nation’s beginnings, the U.S. government made and then violated numerous treaties with Indian tribes, which often resulted in relocating entire native nations. Did you know which tribes once lived in what became your own backyard?

The Indigenous Digital Archive is your gateway to millions of Archives documents about Native Americans. You might want to investigate the IDA Treaties Explorer. Using the “Places” tab, you can search by city and state or zip code to learn which tribes lived in a specific place.

You can also use the “Cessations” tab to find out where tribes lived and where they were relocated to. Check out this map of Alabama and then click on the links below it to see additional maps of present-day Indian country. 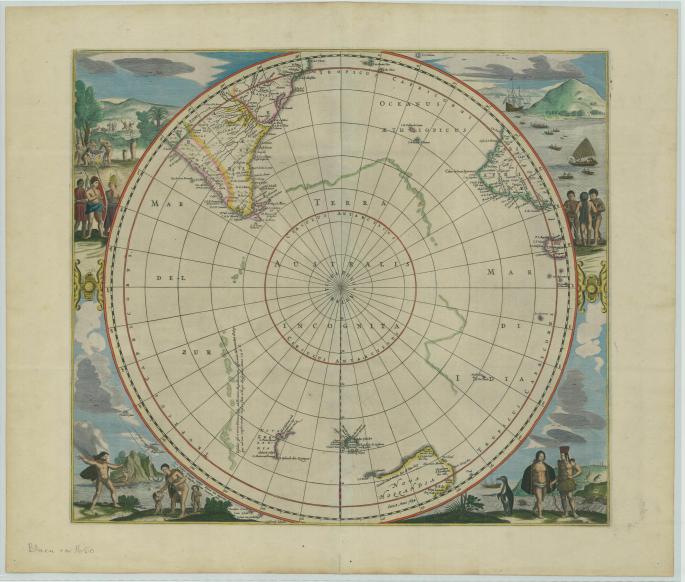 –40° Fahrenheit at the South Pole

What do you think the oldest maps in the Archives collections document? Europe? Africa? North America? No—Antarctica!

It’s the most remote place in the world, so it might surprise you to learn that the first efforts to map the region started in the 17th century. Henricus Hondius, a Dutch cartographer and engraver, drew the two maps that are now in the National Archives Cartographic Branch collection in the early 1600s. Very little was known for certain about the southernmost continent on Earth at the time, so his depiction is a little vague—but the illustrations that decorate the corners of the map are fascinating. Take a look!

We want to bring the Archives to you. If you missed last week or our content in the past, have no fear! We’ve collected everything we’ve dug up from holdings. Click on an icon below to learn more!

While the National Archives has remained closed, the National Archives Foundation has begun hosting a variety of live programming including interviews with historians and authors as well as a celebration of Thomas Jefferson’s birthday. Check out our past programs below and stay tuned for upcoming adventures in history!